Bergama, which has entered the UNESCO World Heritage list with the definition of “multi-layered landscape area”, consists of the district settlement that has been articulated from the outskirts of the Acropolis and Acropolis which has been the capital of the Kingdom of Pergamon.
Archaeological sites, natural heritage sites and rich intangible cultural values constitute the multi-layered Bergama. When these titles are examined, the Acropolis, Asclepion, Red Courtyard and Tumulus form the most important layers. These layers describe the city axes of the periods they belong to, describe the sacred road directions of those periods and take their places in the city’s cultural diversity as “geographical signs”.

How could it be to design a unified landmark (unit) for the museum proposal that tells about the city with many signs, in which it is also a new landmark and describes all the landmarks?

The project land is in an important position, on the sacred road, adjacent to the Selinos Stream, at the point where the historical three-arched bridge reaches, in front of the Red Courtyard and that can establish visual relations with the Acropolis. The mass and spatial fiction, which started by joining the qualitative tree texture in the land, was designed with an acceptance that passed the public continuity of the sacred road, which is the continuation of the historical three-arched bridge. While the design establishes a rural relationship with the immediate environment, it establishes an urban relationship with the Acropolis. The “Altar of Zeus” lies at the heart of the visual relationship with the Acropolis. The sacred road welcomes visitors to a place where public space continuity enters mass. As a protest attitude to the “moving of Altar of Zeus” built in the Acropolis, stoa, which refers to the “presence-absence-emptiness” relationship, establishes a visual relationship with public level and museum exhibition areas level and with a narrative depicted with the interpretation of the Zeus Altar. Despite the massive absence of the altar, it is represented semantically “presence”. The design achieves to be a unified landmark (unit) for Bergama with its mass, spatial and semantic attitude. 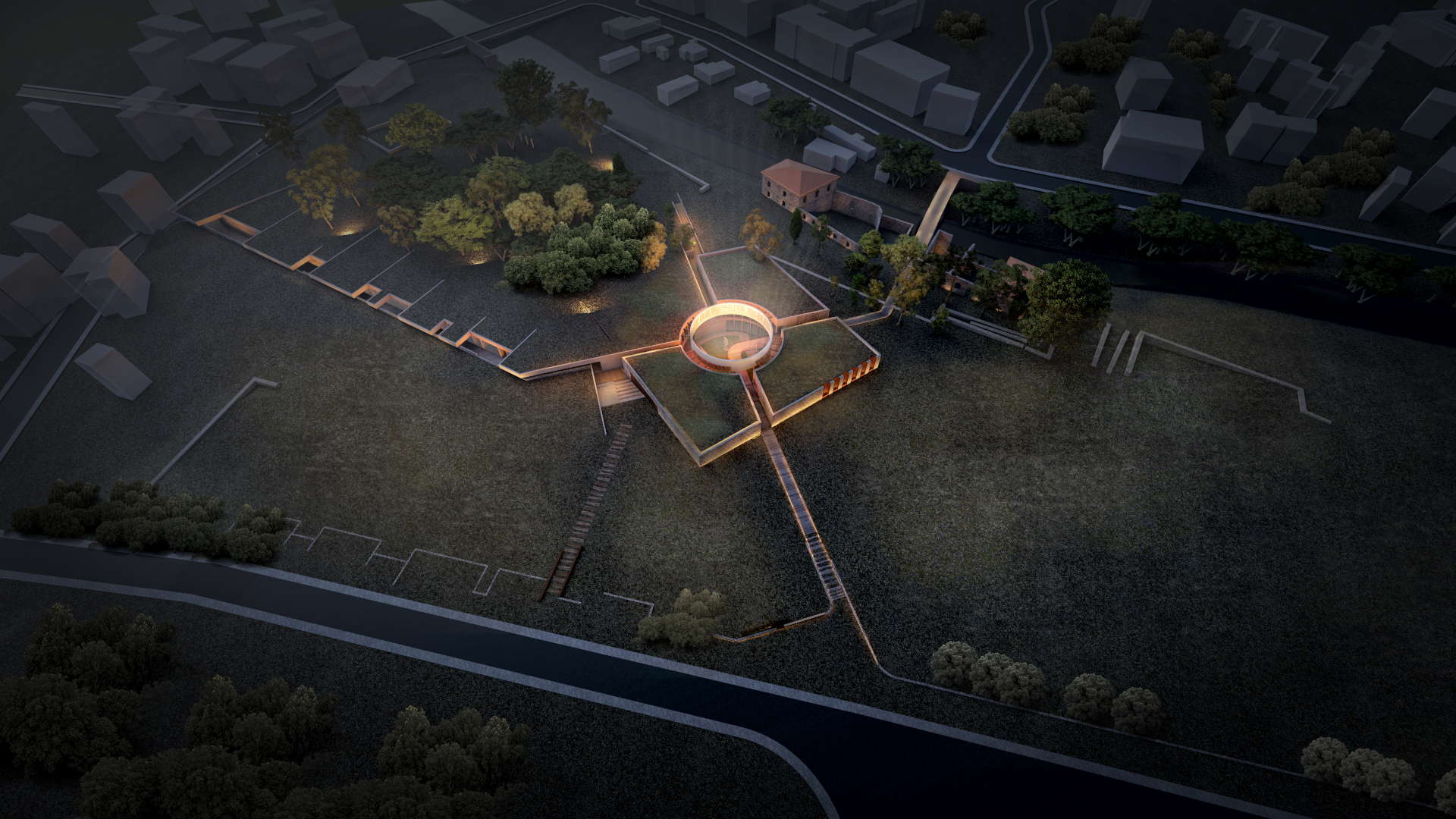 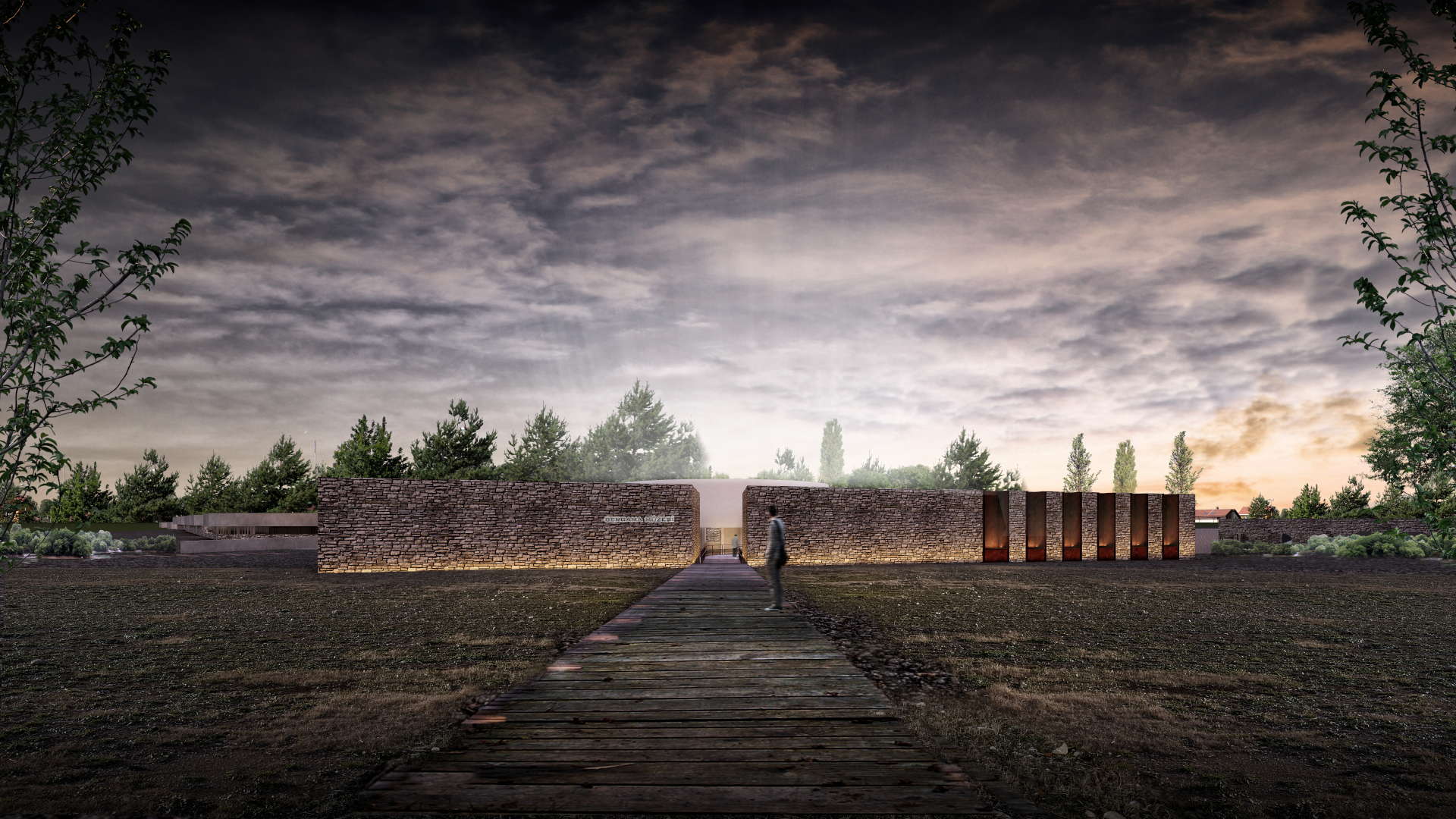 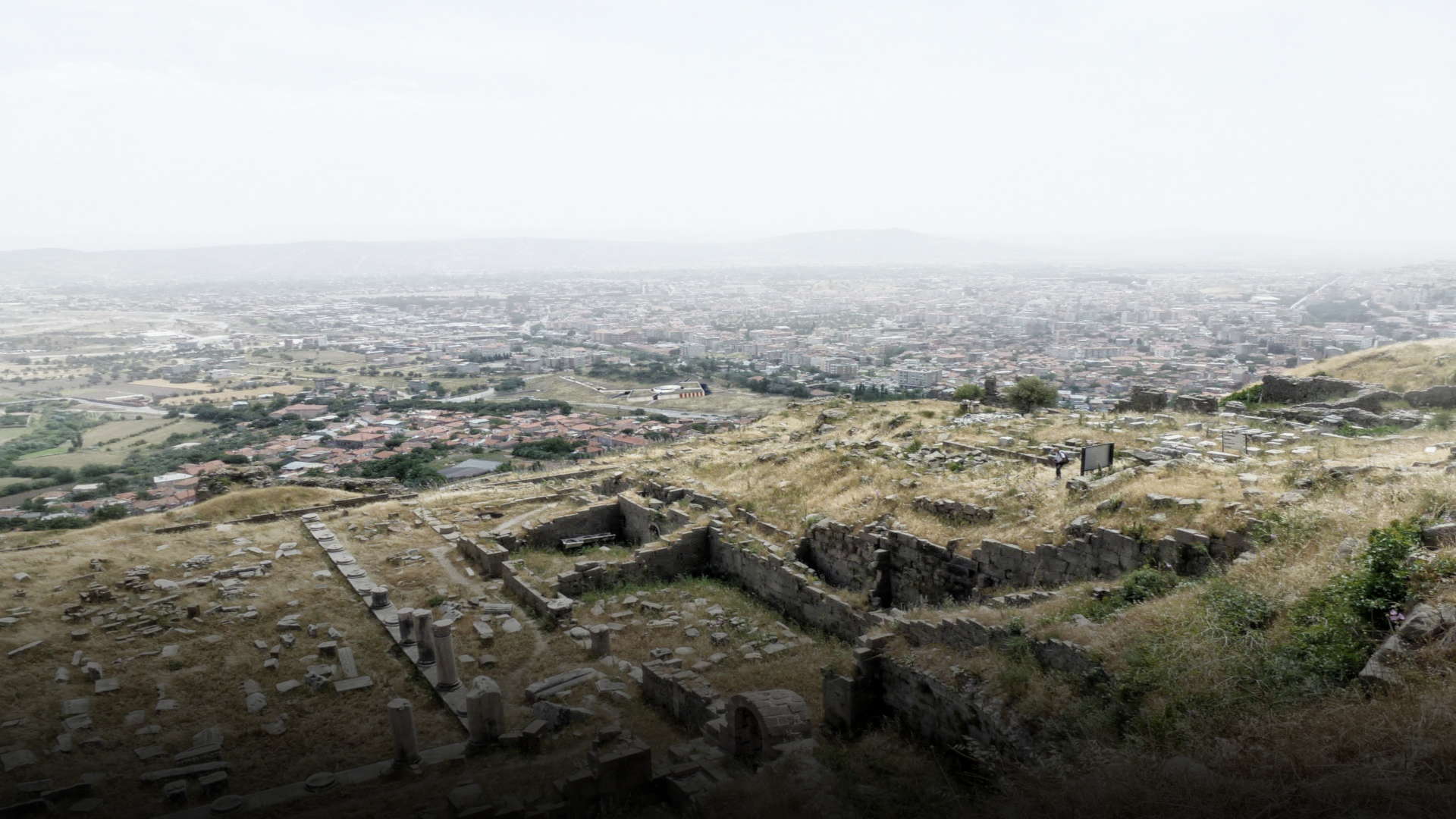 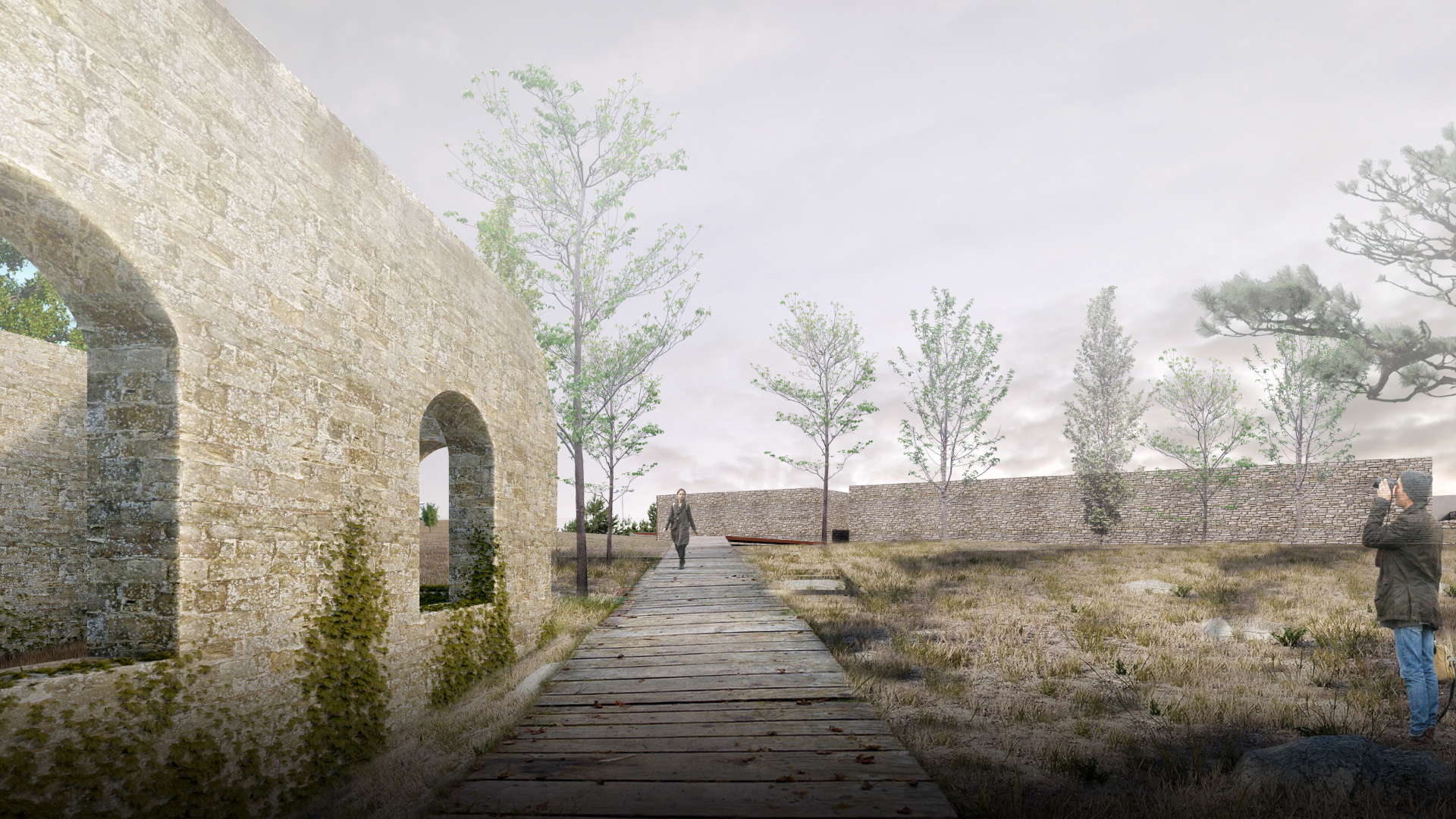 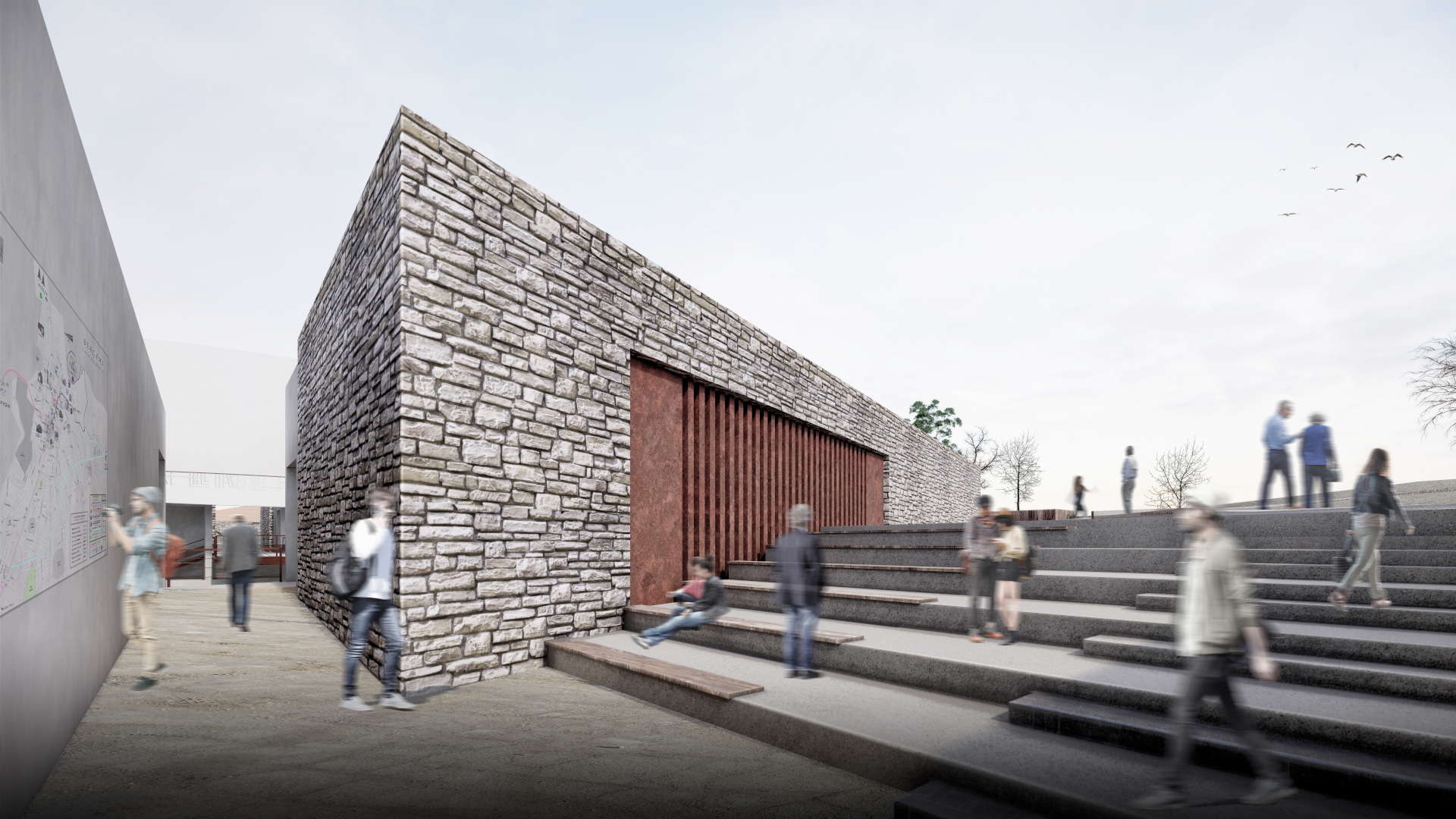 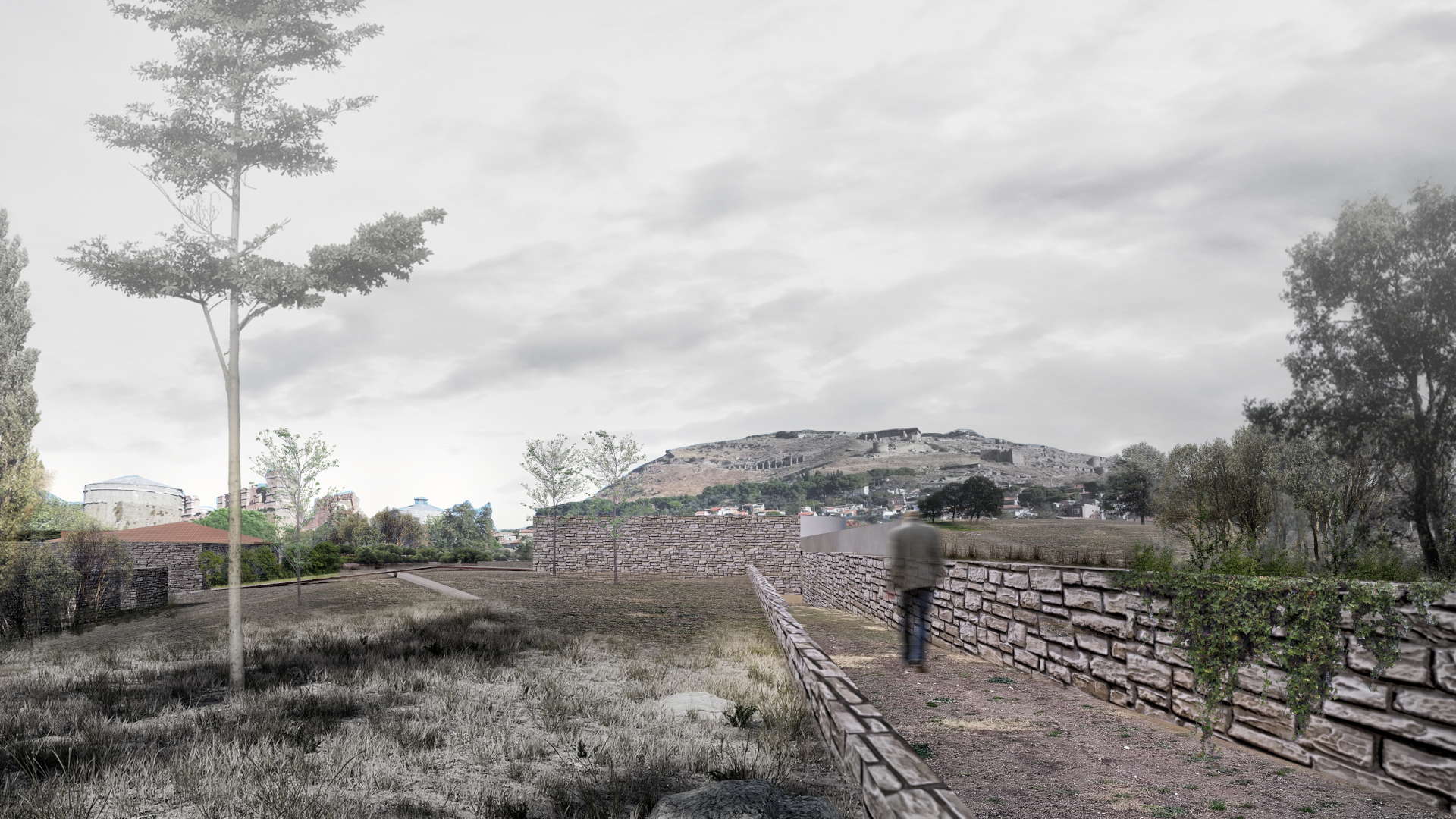 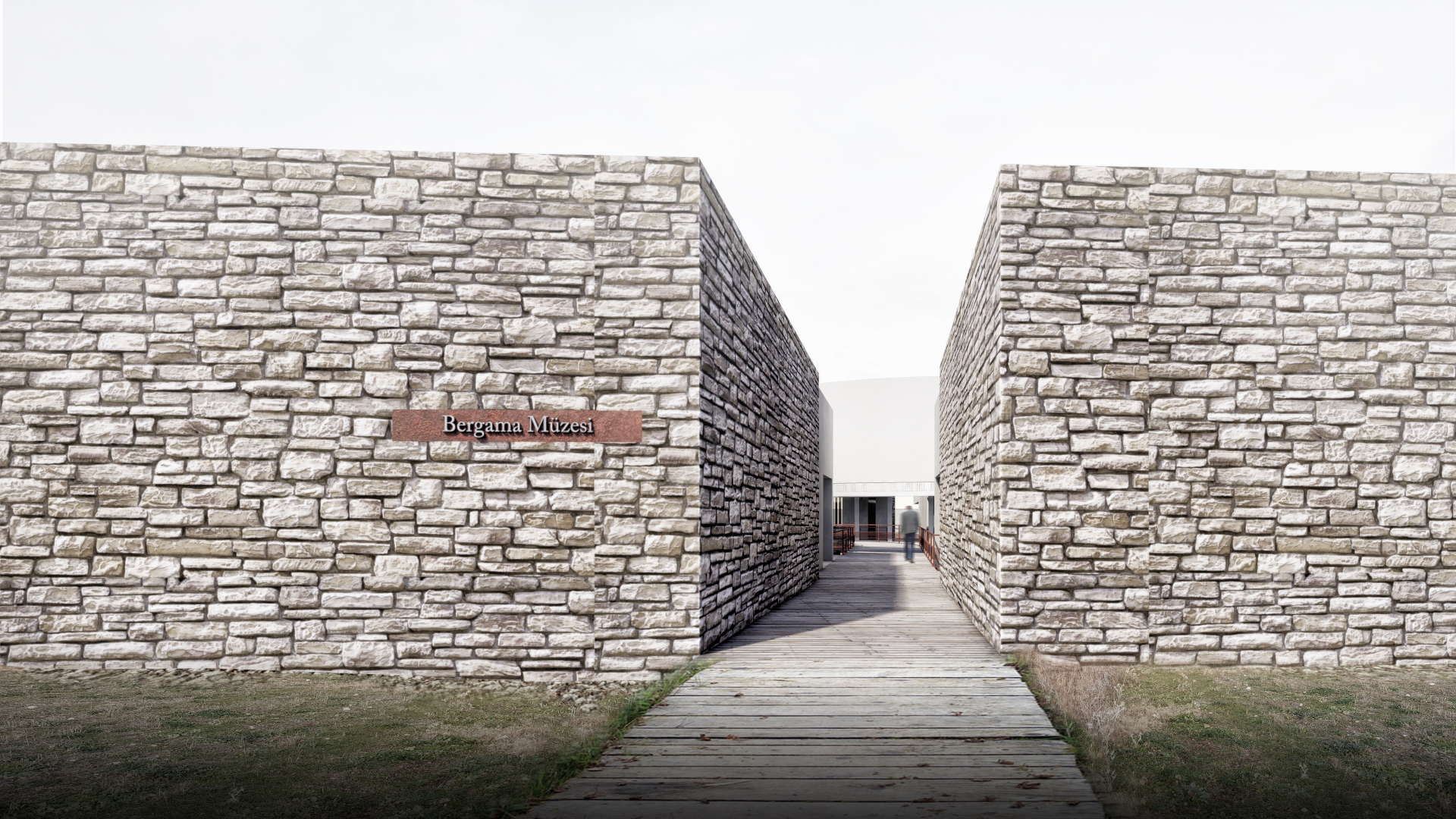 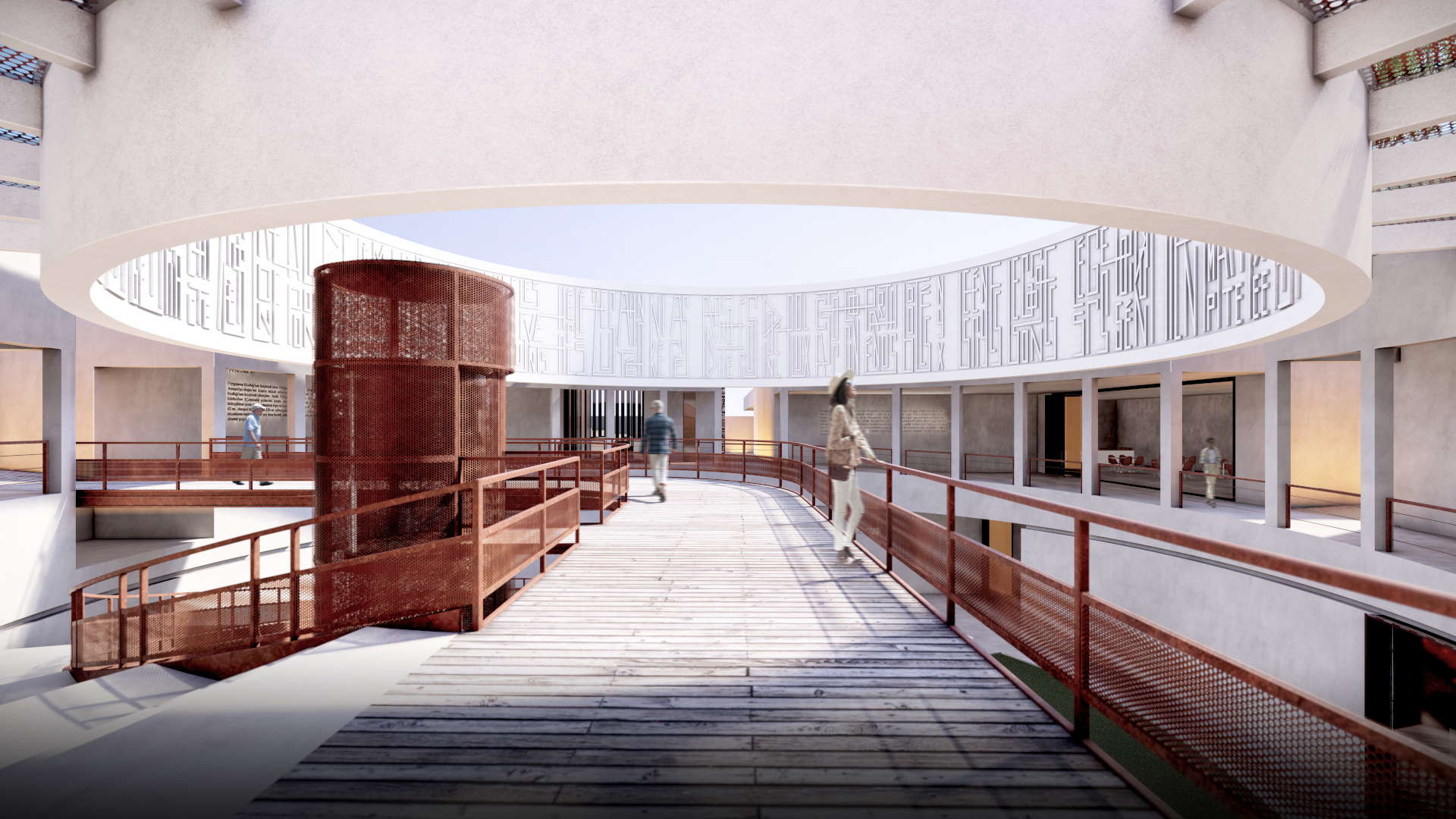 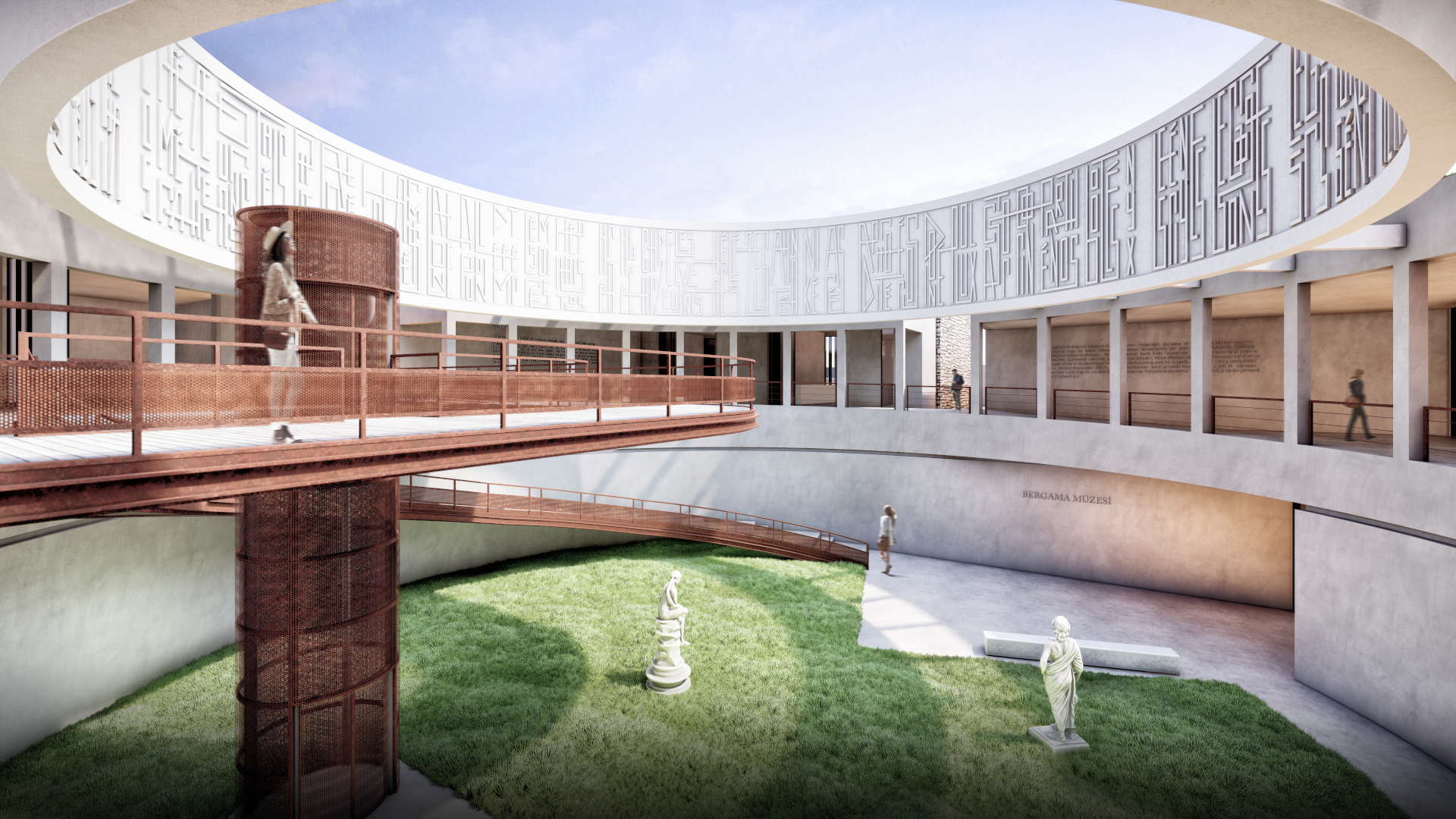 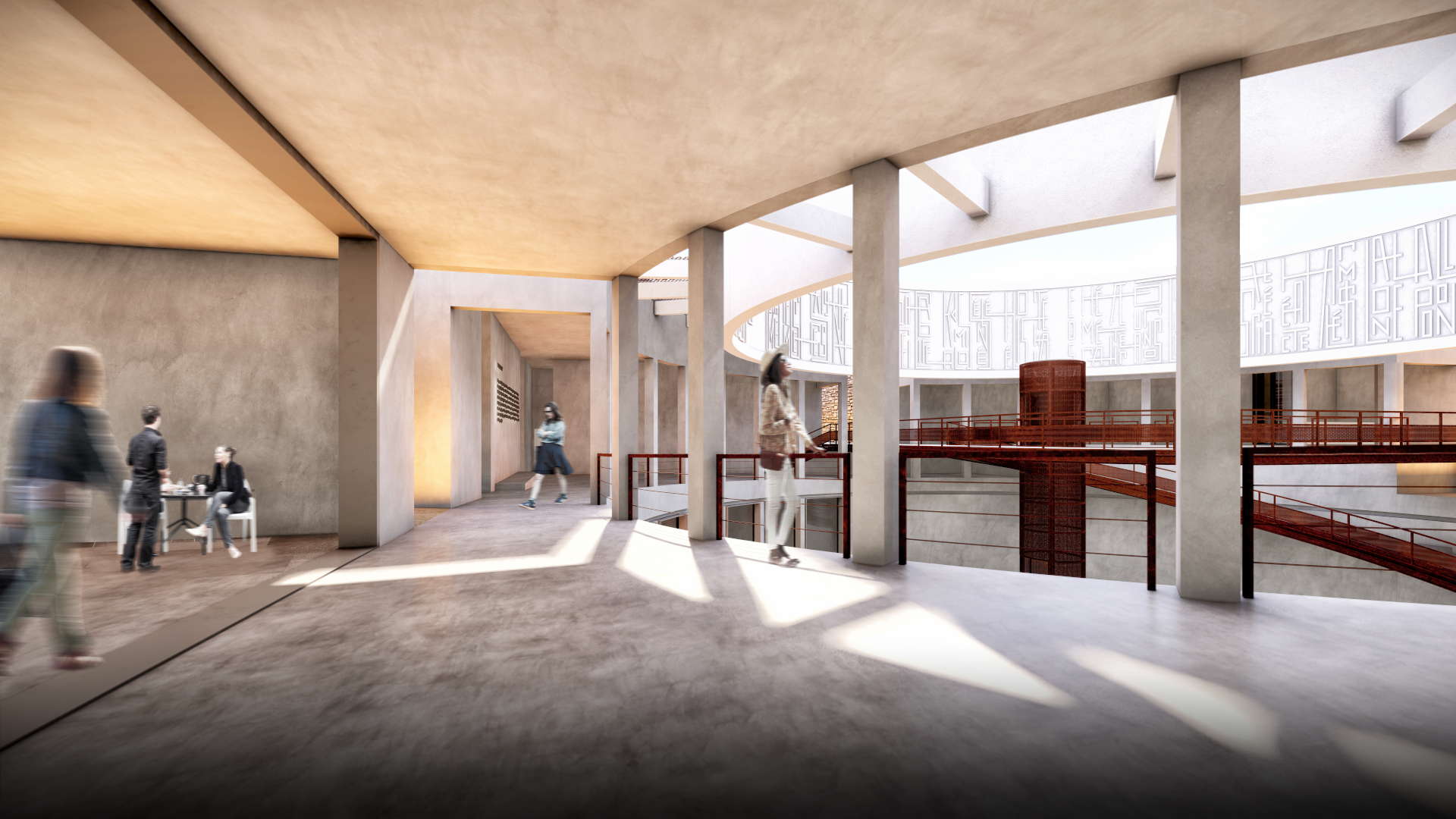 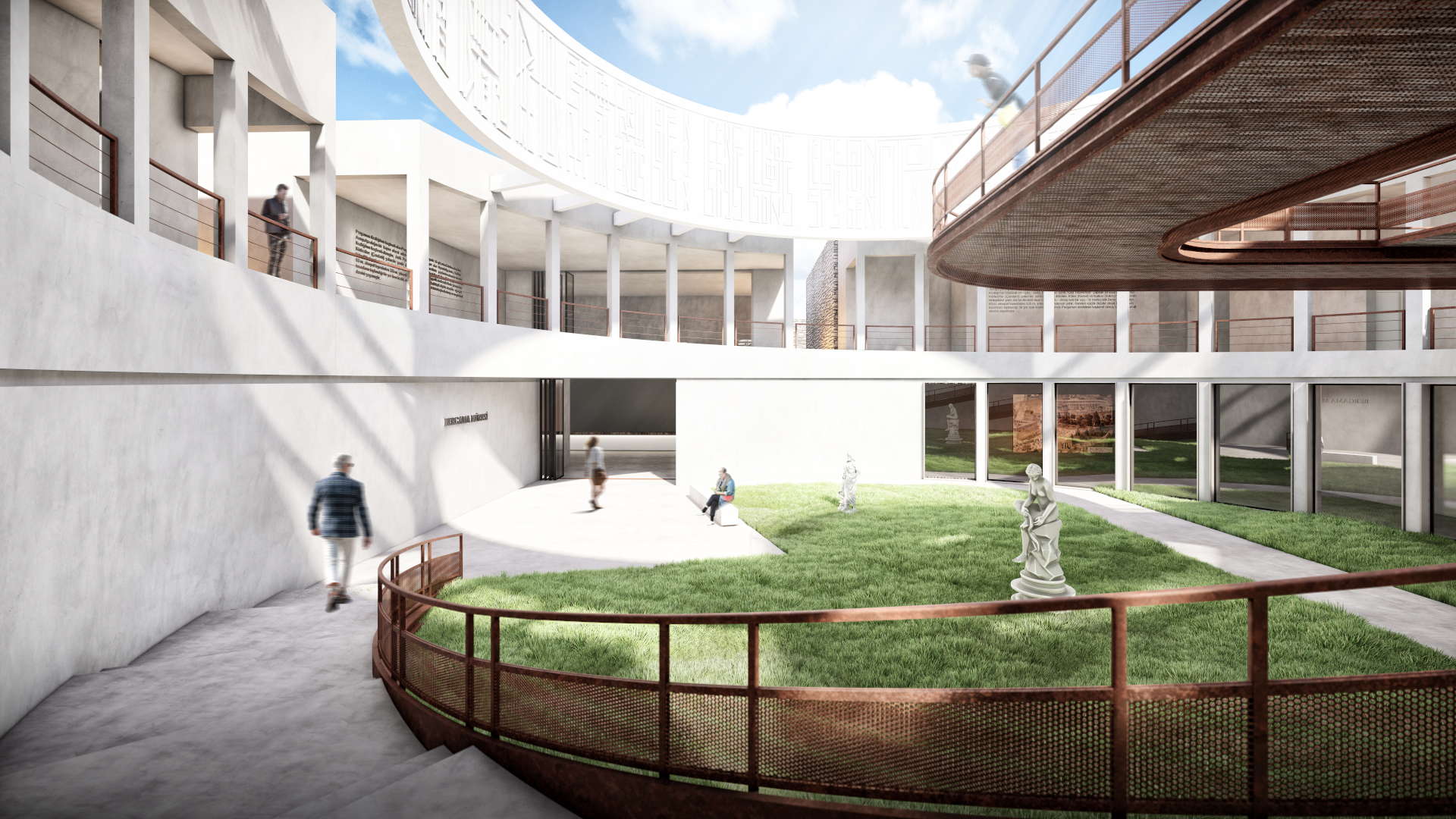 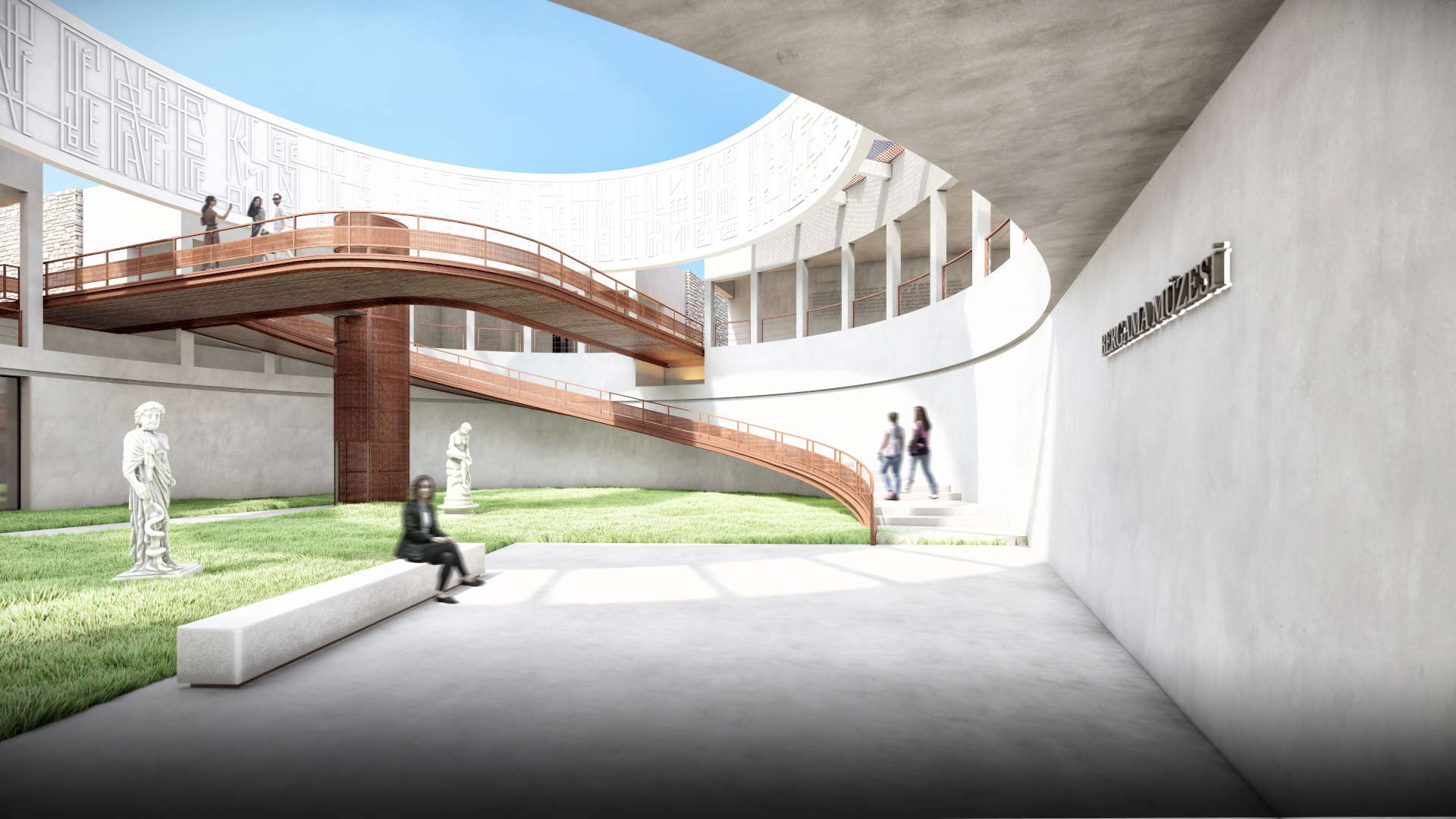 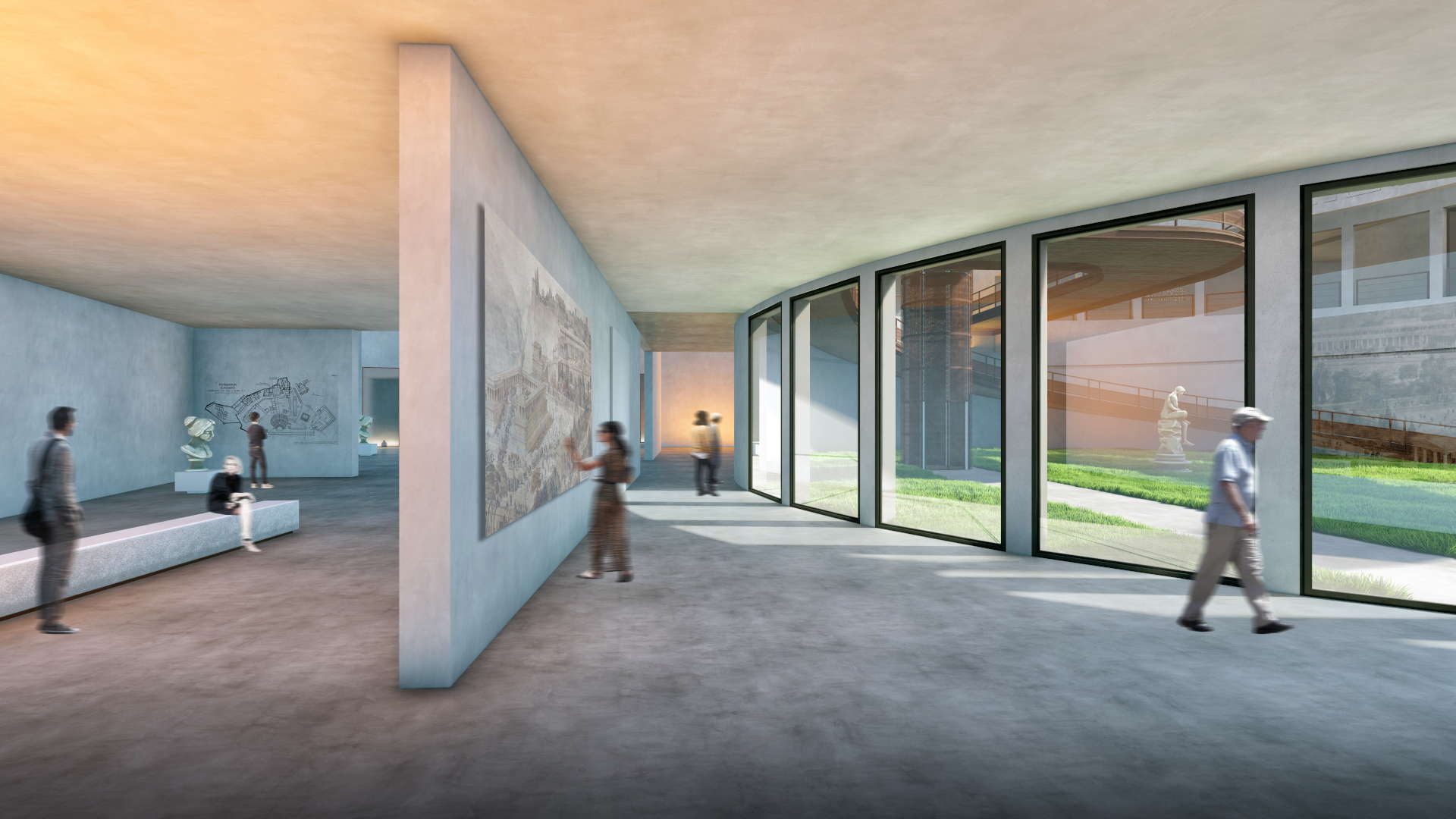 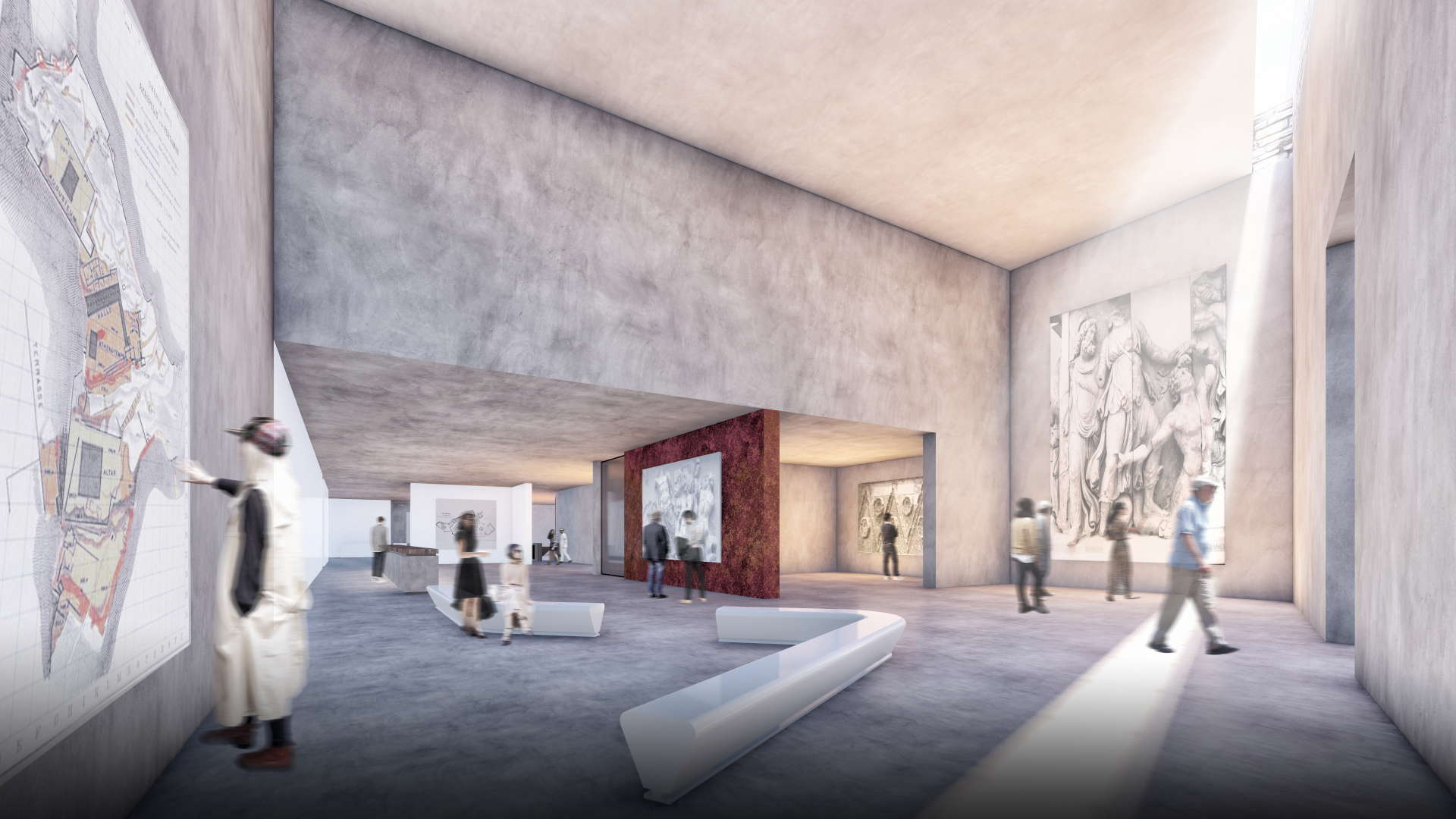 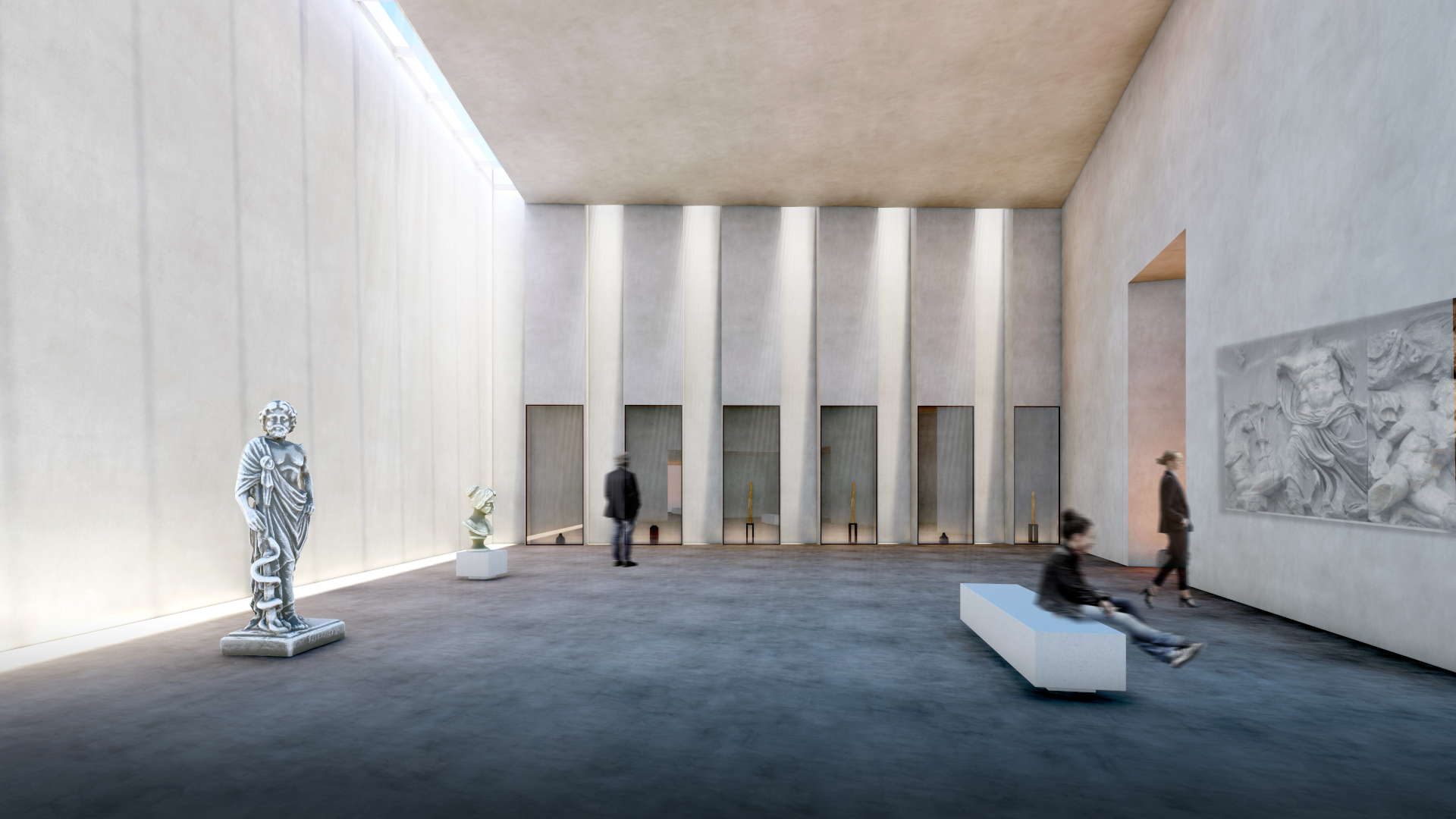