The project is one of the subscale parts of the NEU campus project and is the first building that started construction. The faculty project, planned on the northern slope of the upper part of the campus area, overlooks the entire Konya landscape. Although the other faculties within the campus have a similar spatial and functional design, this faculty building differentiates in terms of its design within the campus due to its location at the master plan and the staging. The faculty has already been designed as two separate faculties in line with the requirements of the university administration and in the direction of the idea of separation of the architecture faculty in the future. Both faculties have three units including classrooms block, academic block and multipurpose amphitheater, as well as the courtyard and the entrance hall which connect the blocks. While the academic block has a linear schematic, the classrooms block has a schematic developed around the atrium. Linear courtyard, which is planned between blocks in consideration of the wind factor, which arises due to the high position of the site, creates outside space comfort. The multipurpose amphitheater block, which is directly associated with the courtyard is designed to be disconnected from the main faculty building. In this way, common use of multipurpose amphitheater with other faculties is ensured by taking into consideration the investment and operation economy. 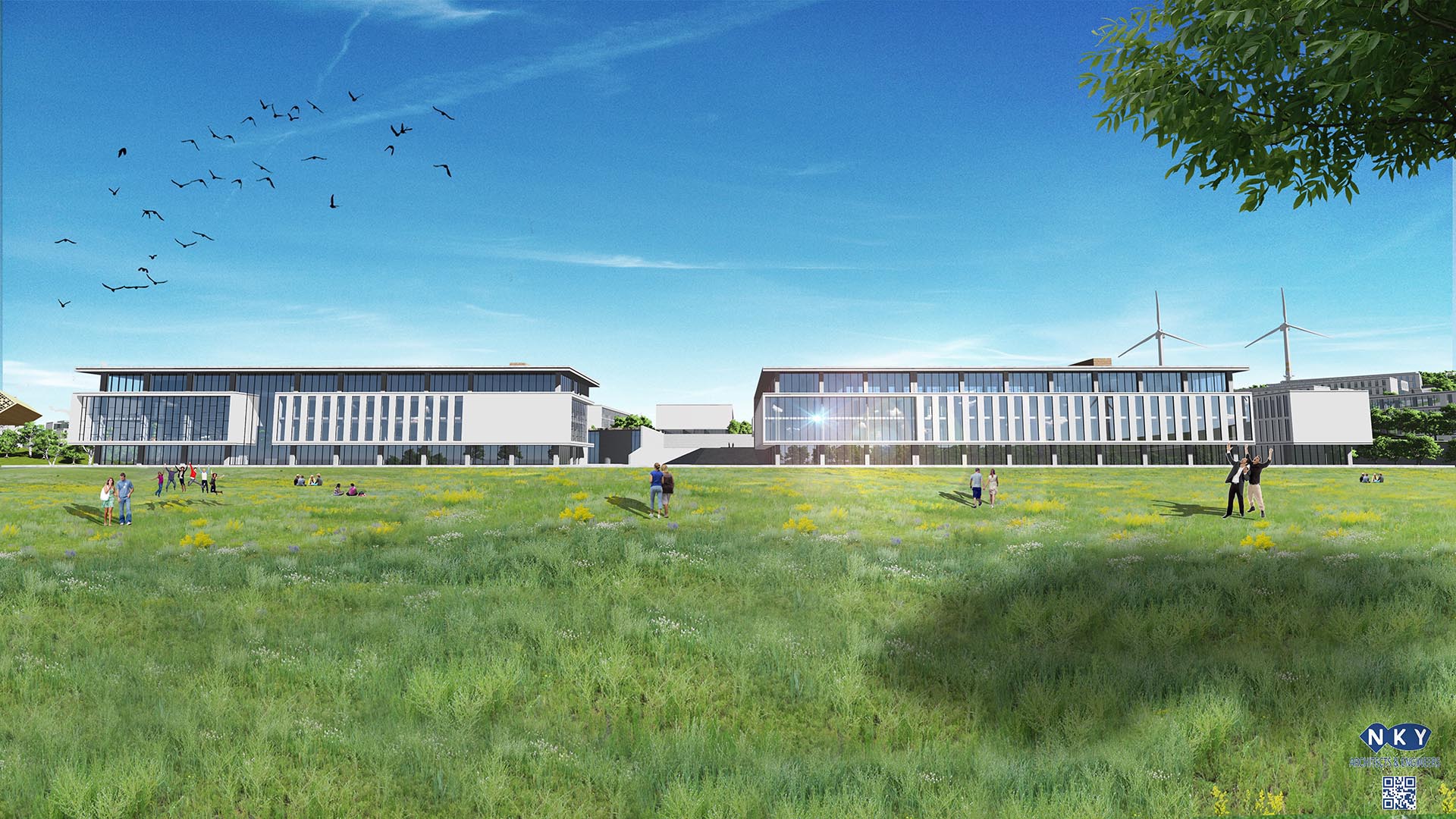 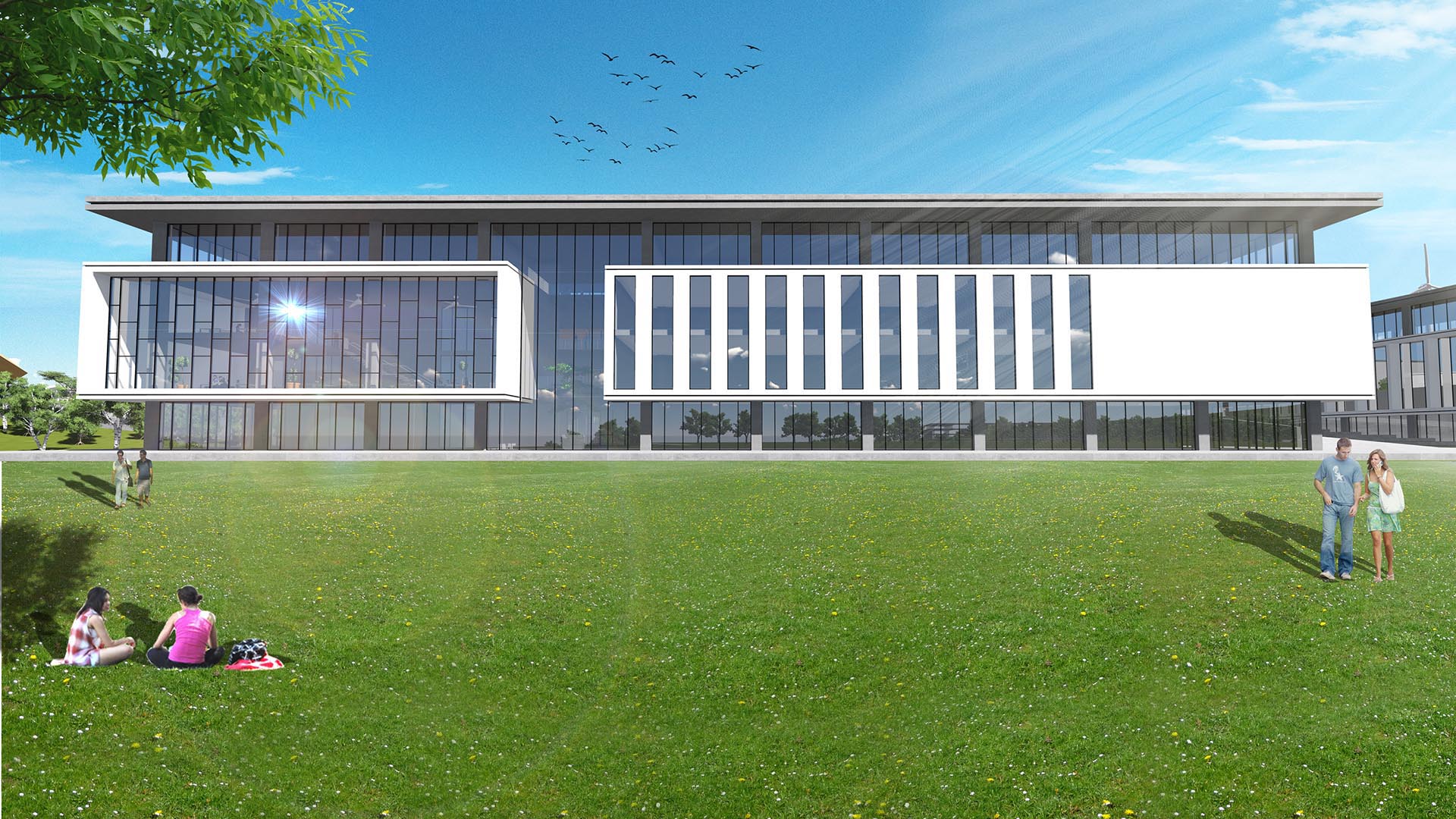 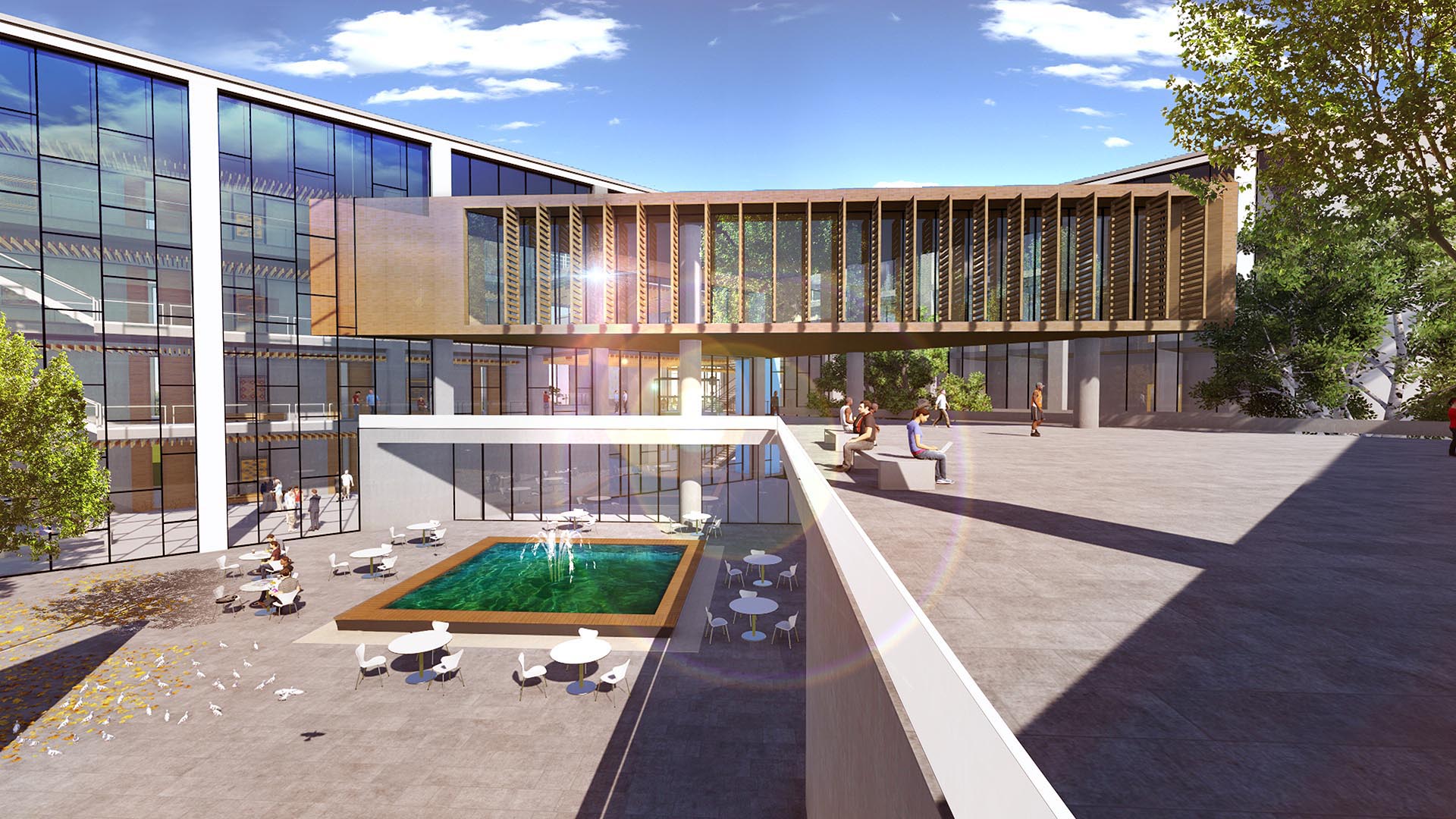