The designed campus was planned not only as a campus that gives high school education but also as a part of the city aiming to live together, to live in solidarity, to help out, to share common values, to encourage creative ideas. The spatial construct of Education Campus expresses the physical planning of an understanding that can develop according to rational fragmented, flexible and future needs. Proposed buildings are positioned in a balanced manner in the land within a construct that allow improvement without disrupting campus aesthetic. Campus planning is based on alley which is made up of the buildings in which the social life areas are located and, which makes common use of the campus developed in the east-west direction, and there exist an educational corridor to which the dormitories and educational blocks are connected in the north-south direction connected to the alley. There are various functions under the cover of Alley, building groups with small squares, shops, cafes, canteen, food, congress and cultural center, library, performing arts, places of worship, science center. At the same time, Alley organizes equilibrium of an interface that adds identity to the plan of settlement between dormitories and schools located in an upright position to alley’s position. 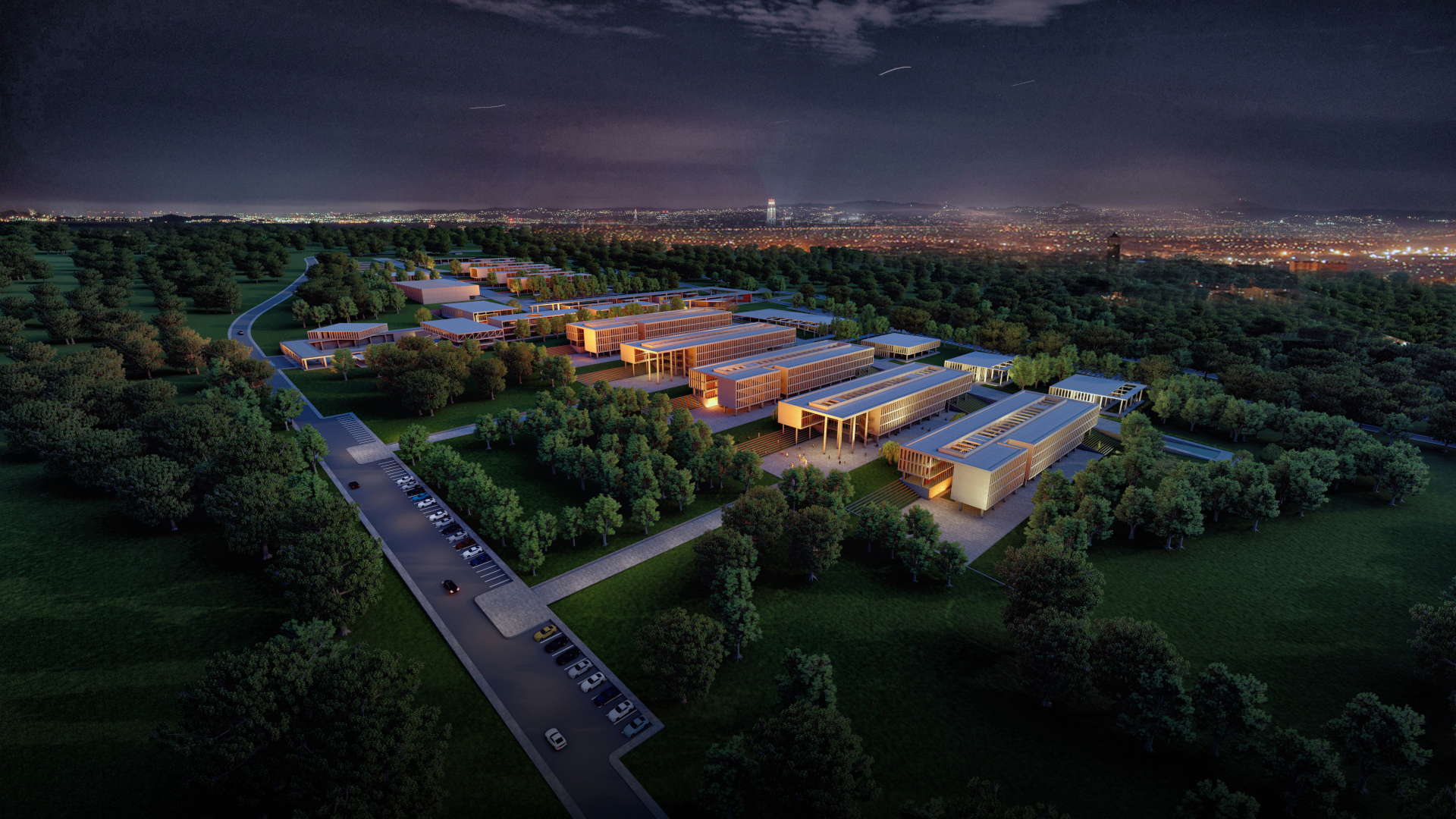 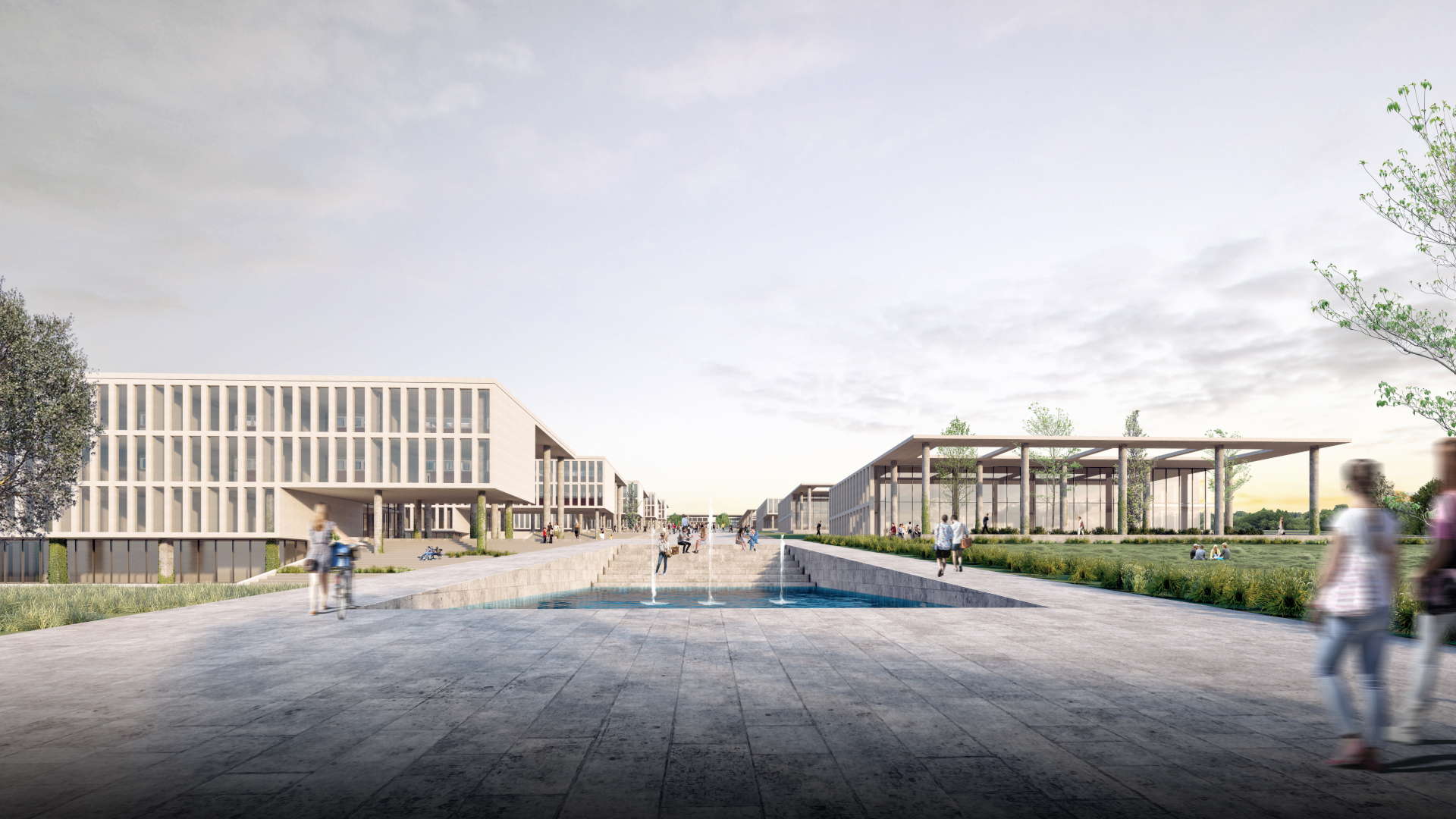 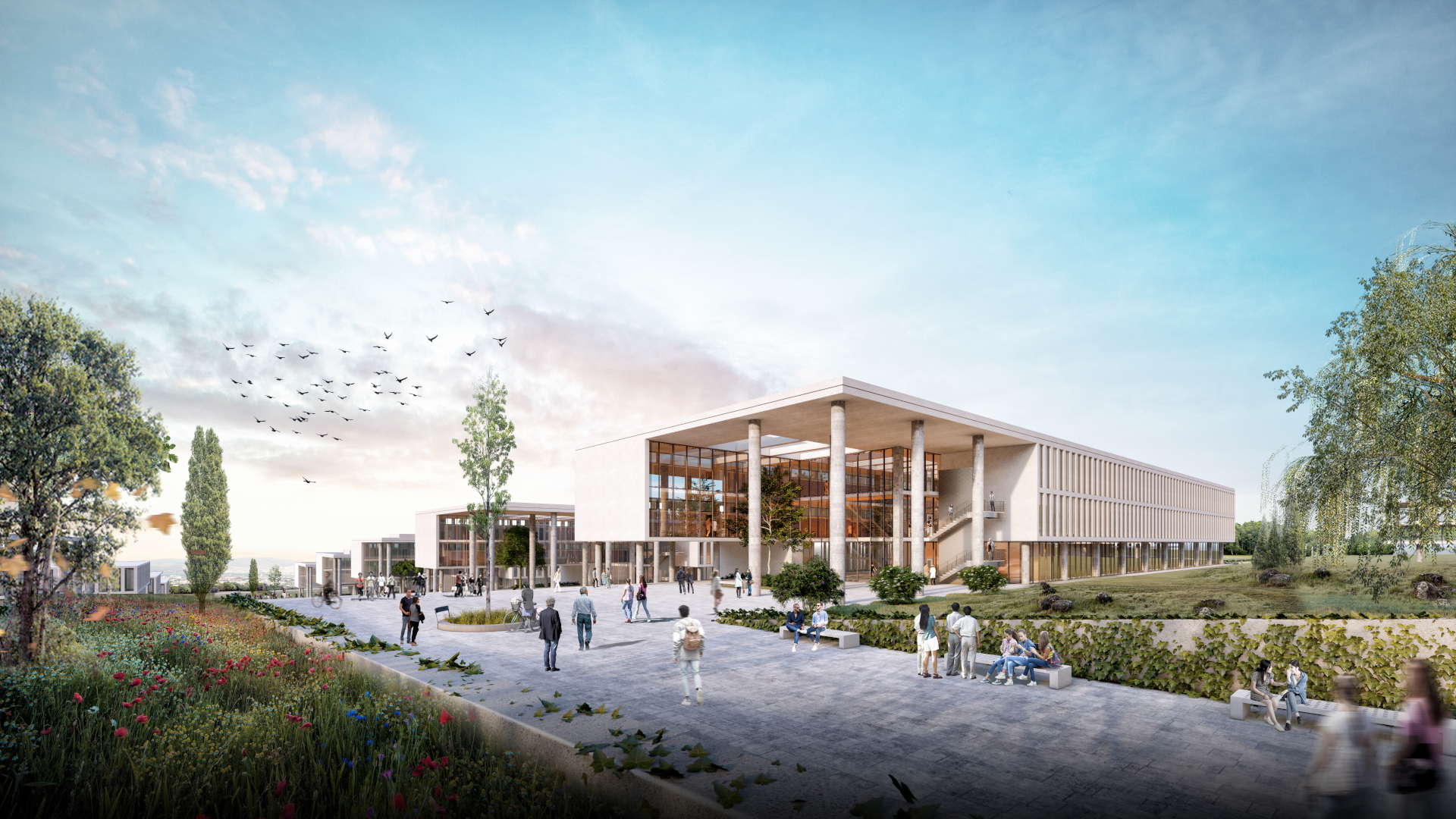 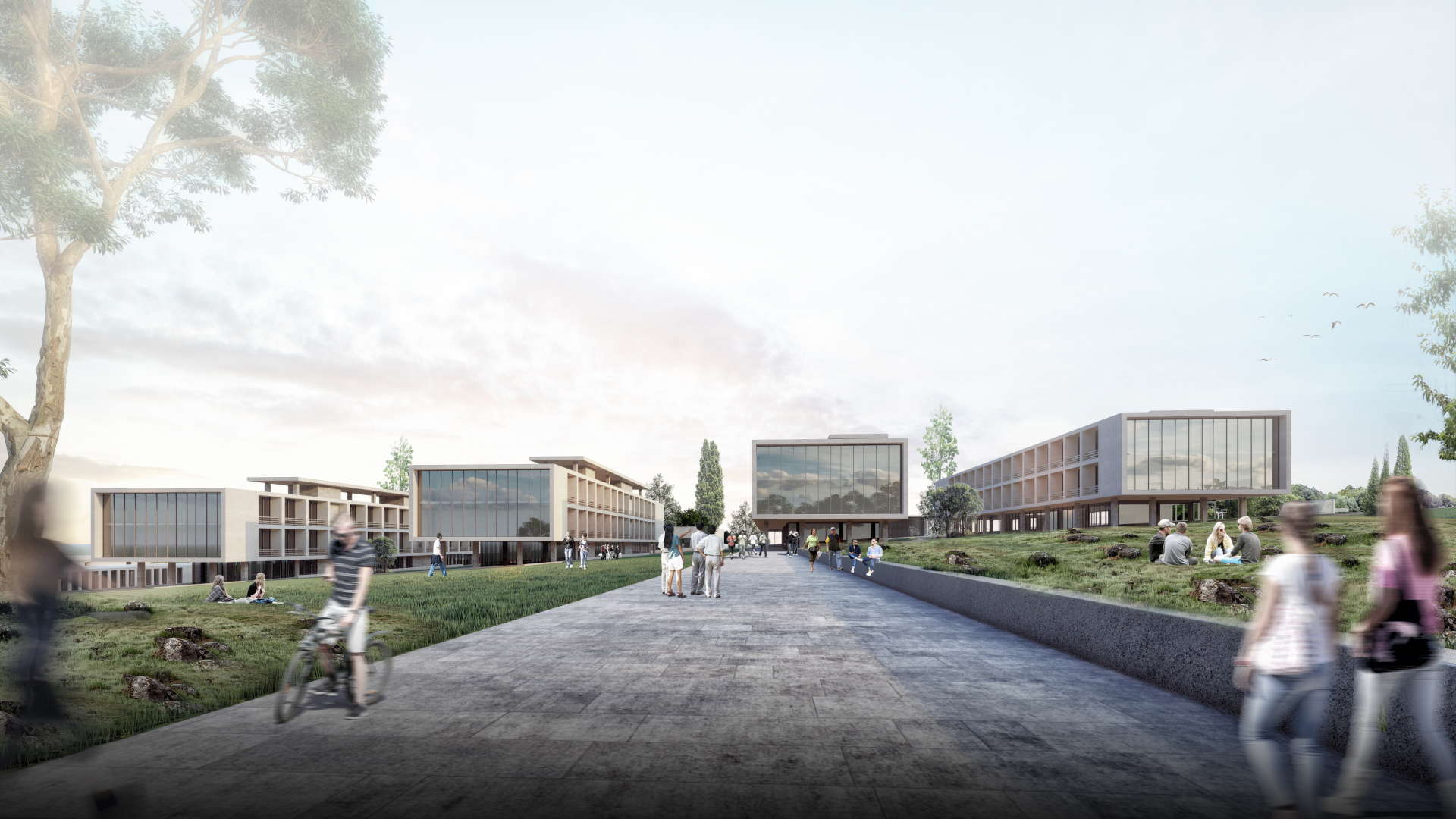 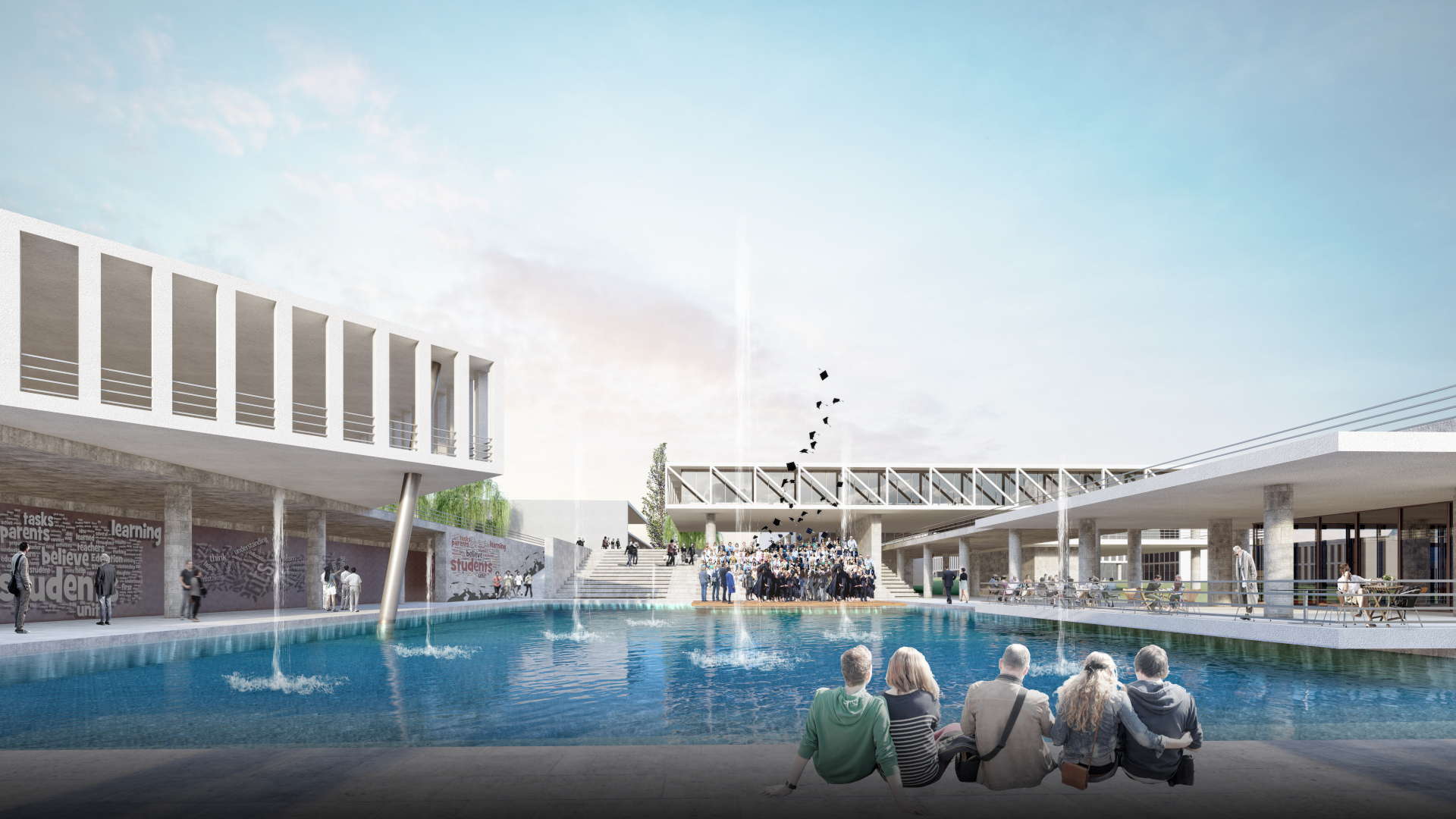 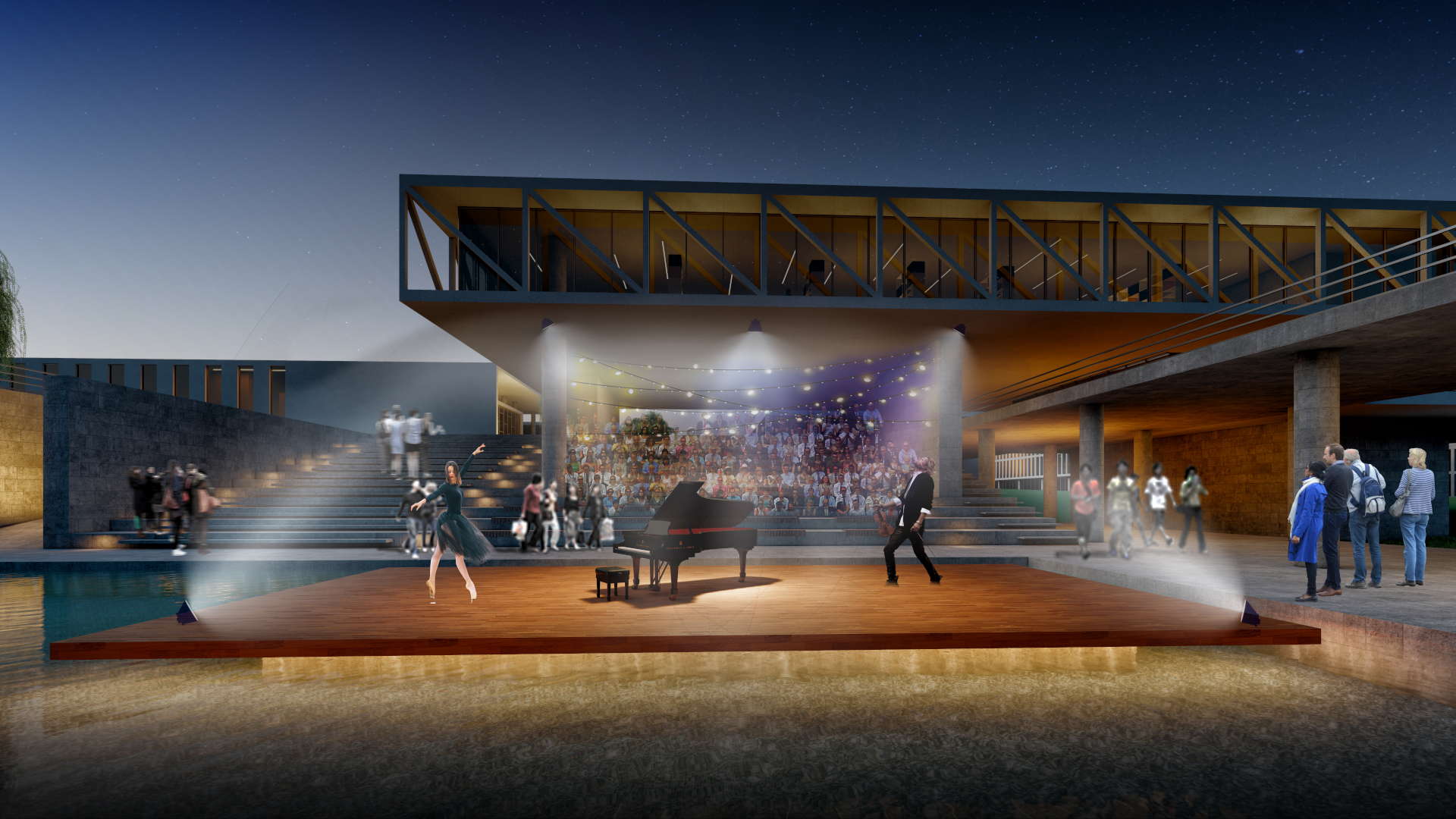 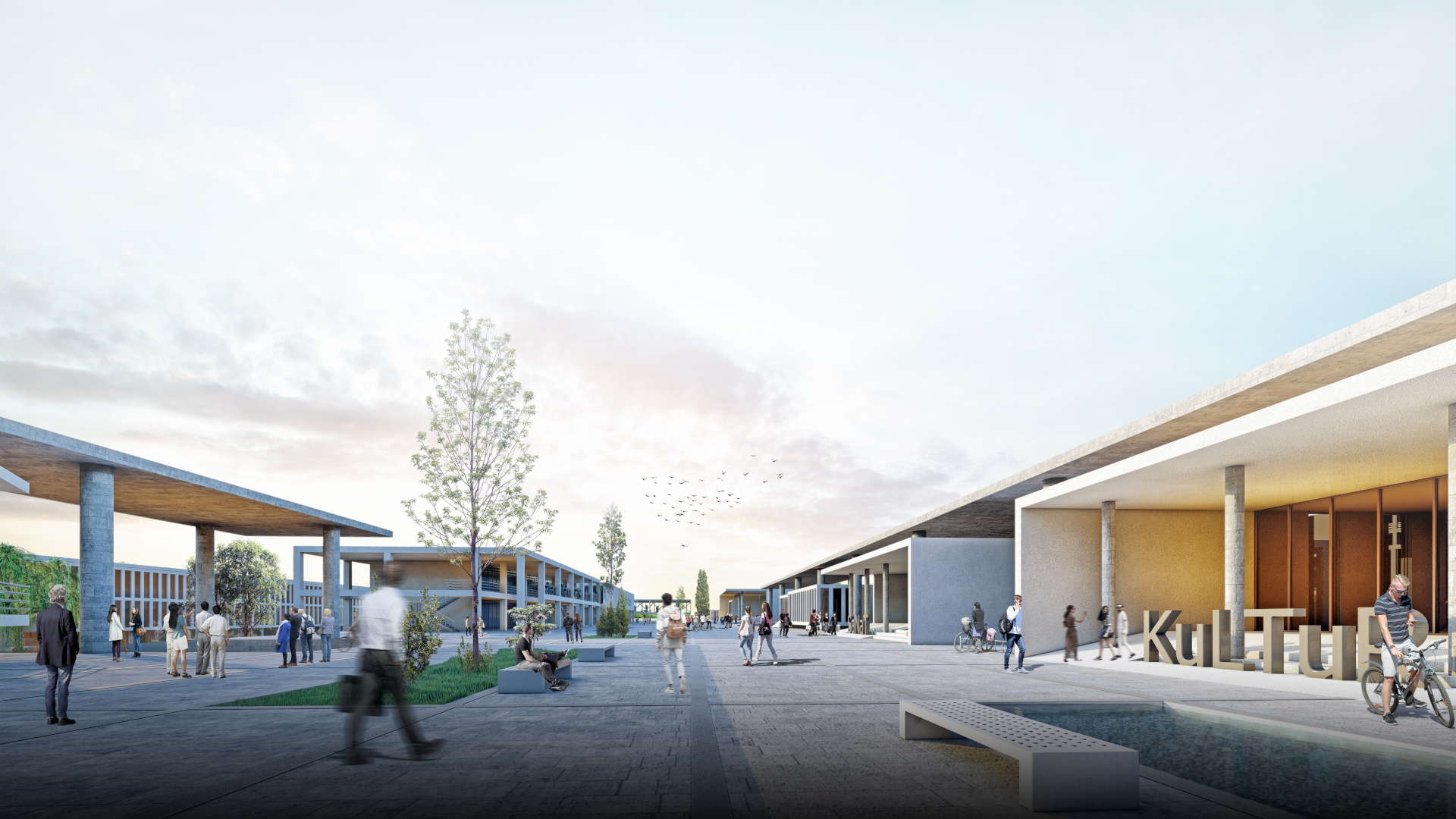 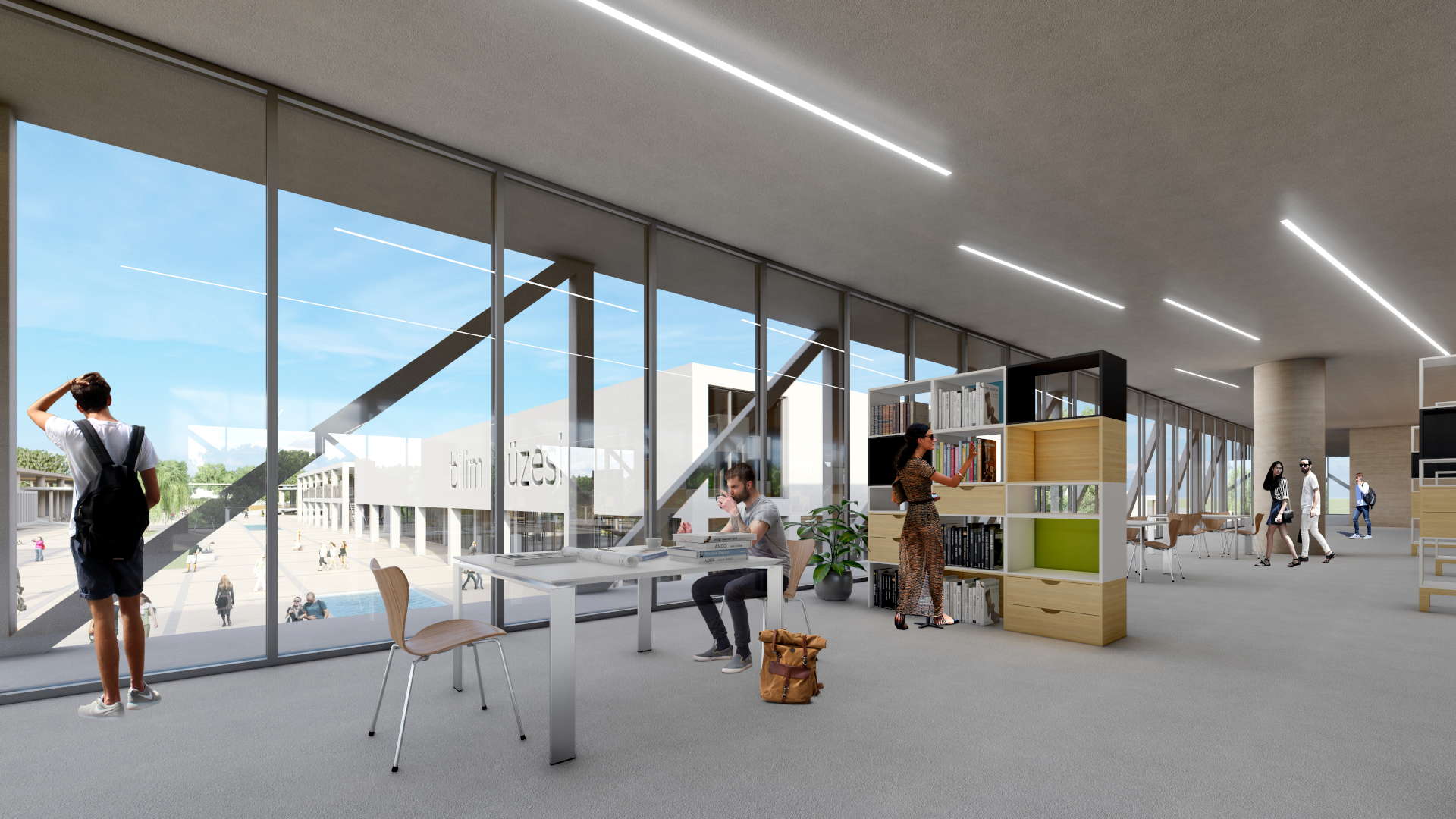 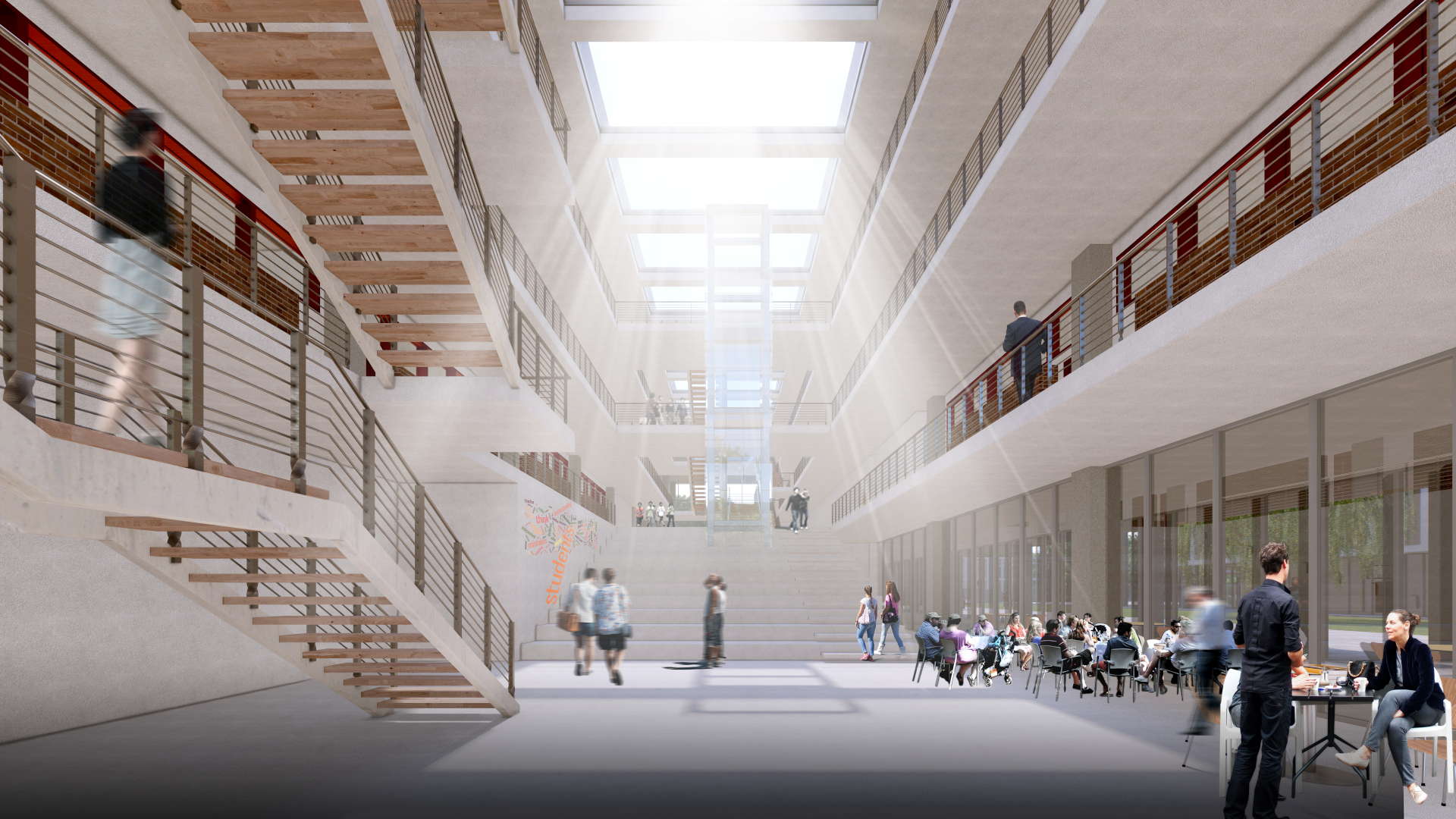 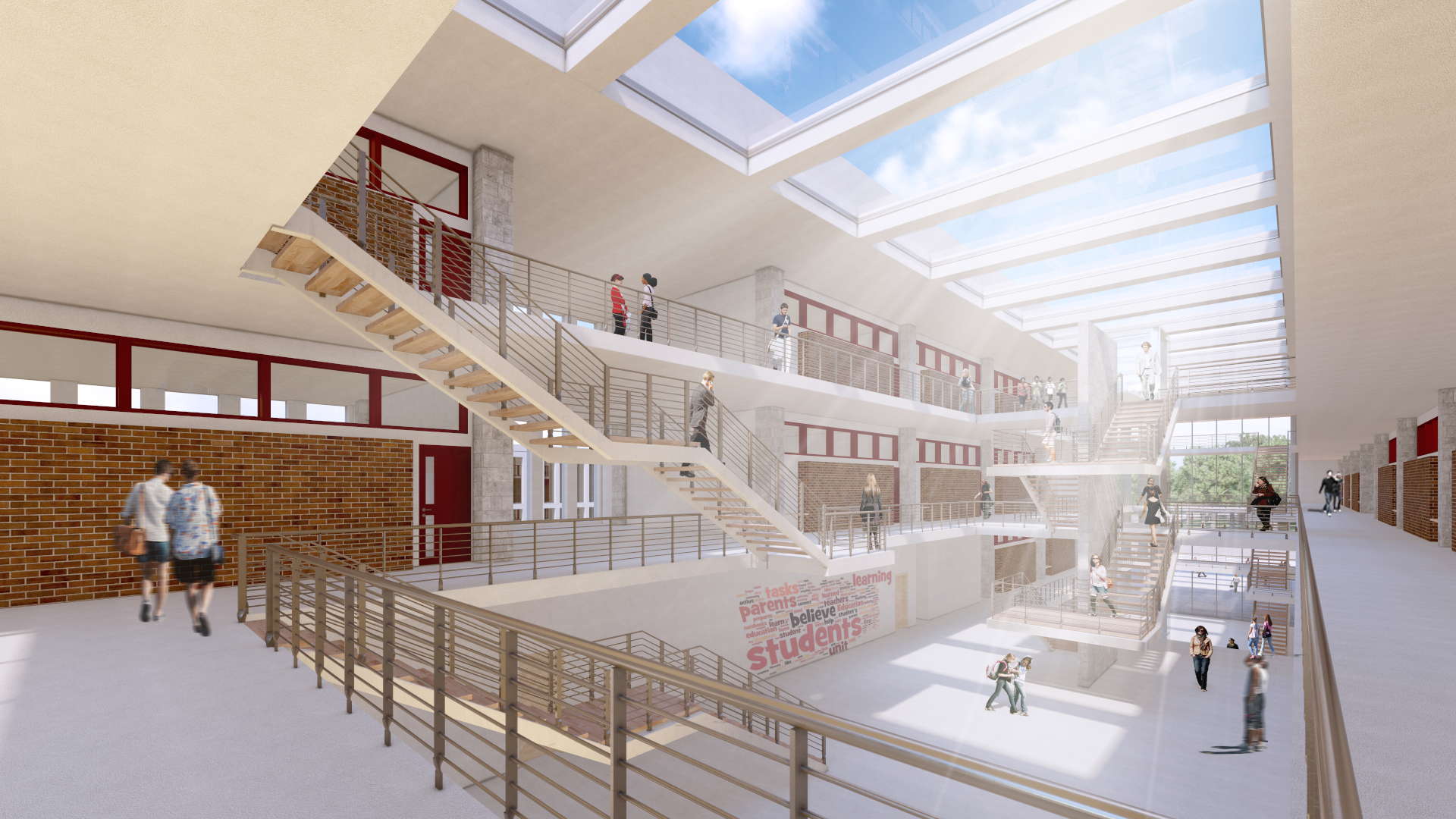 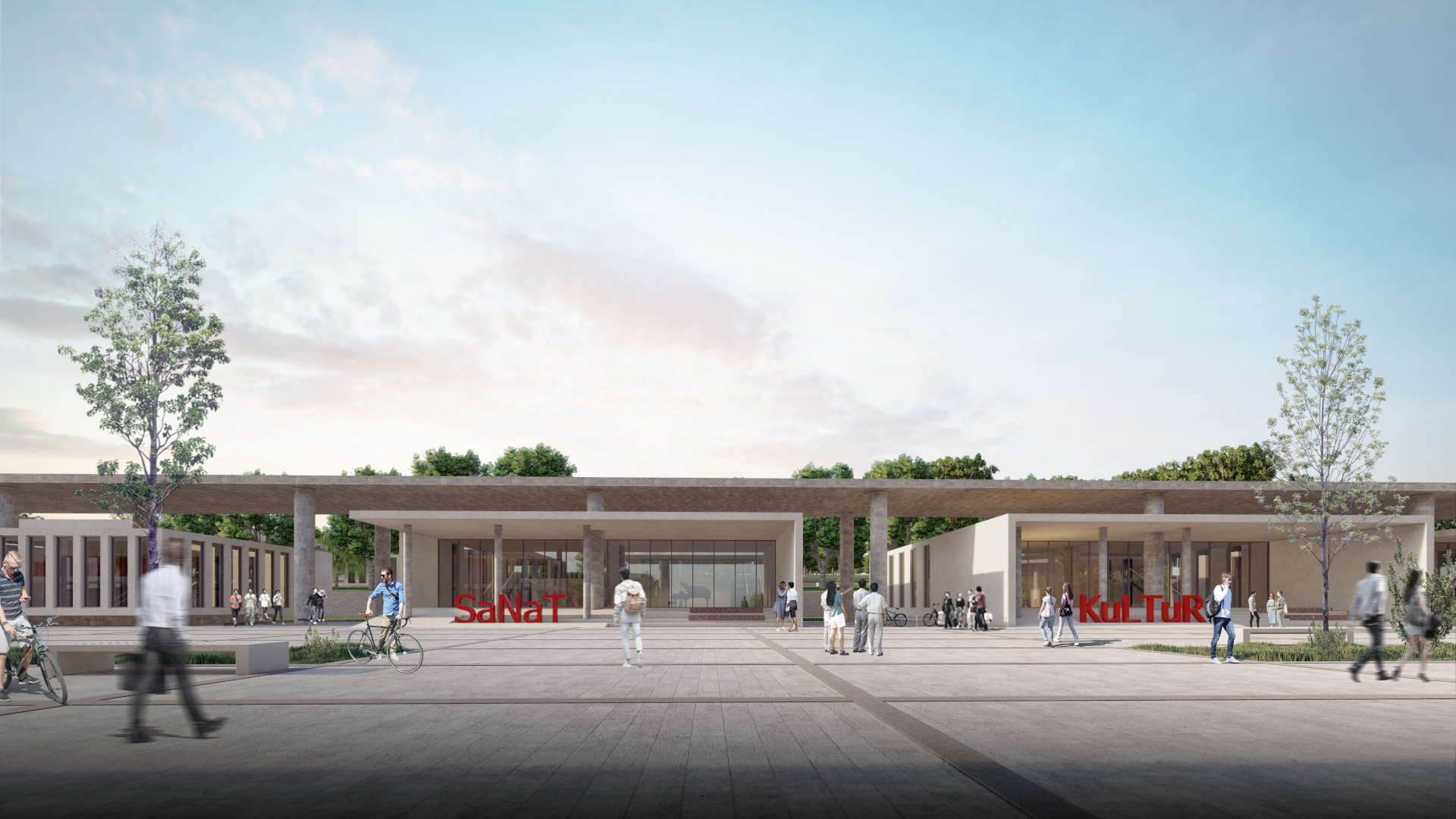 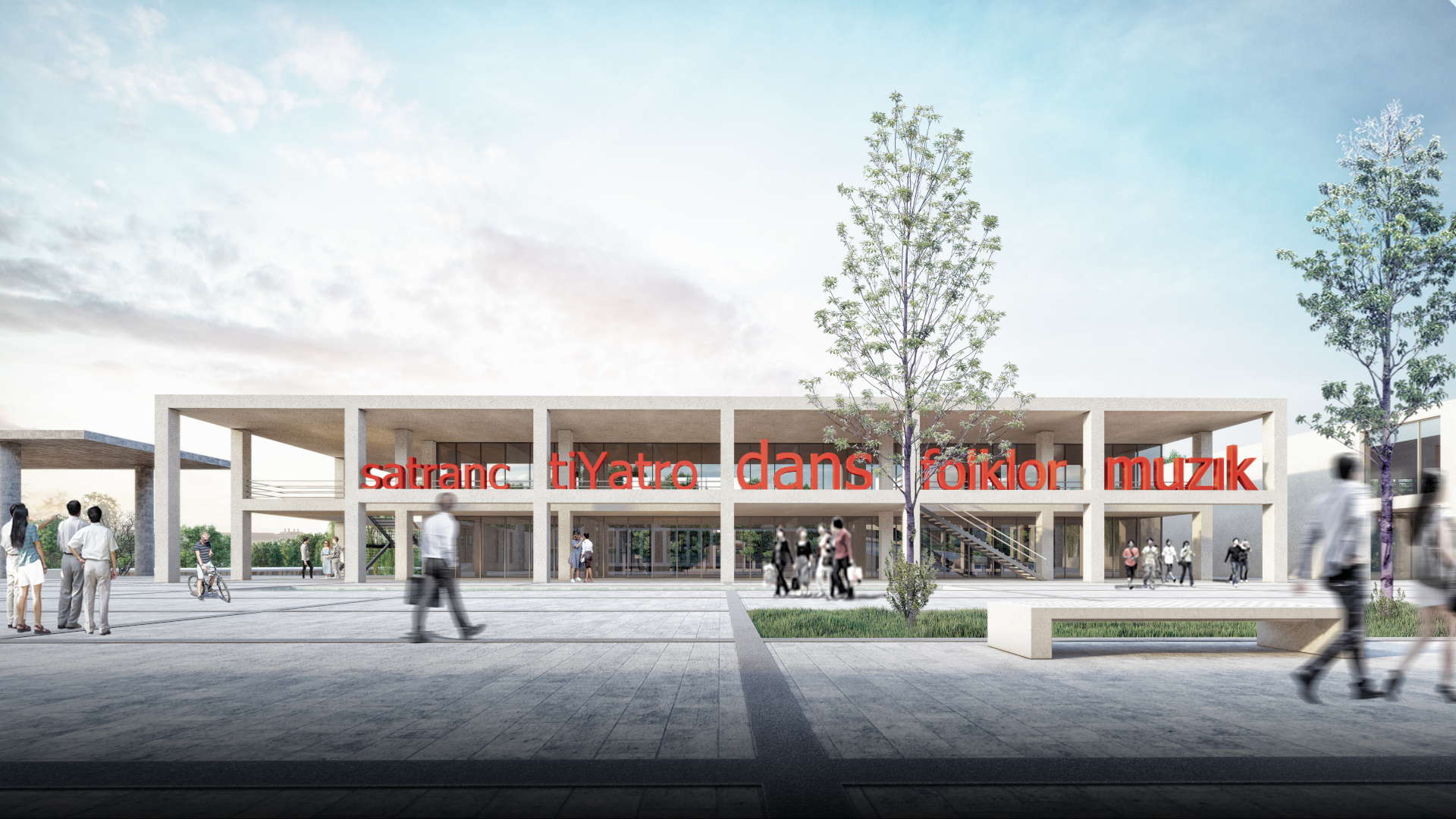 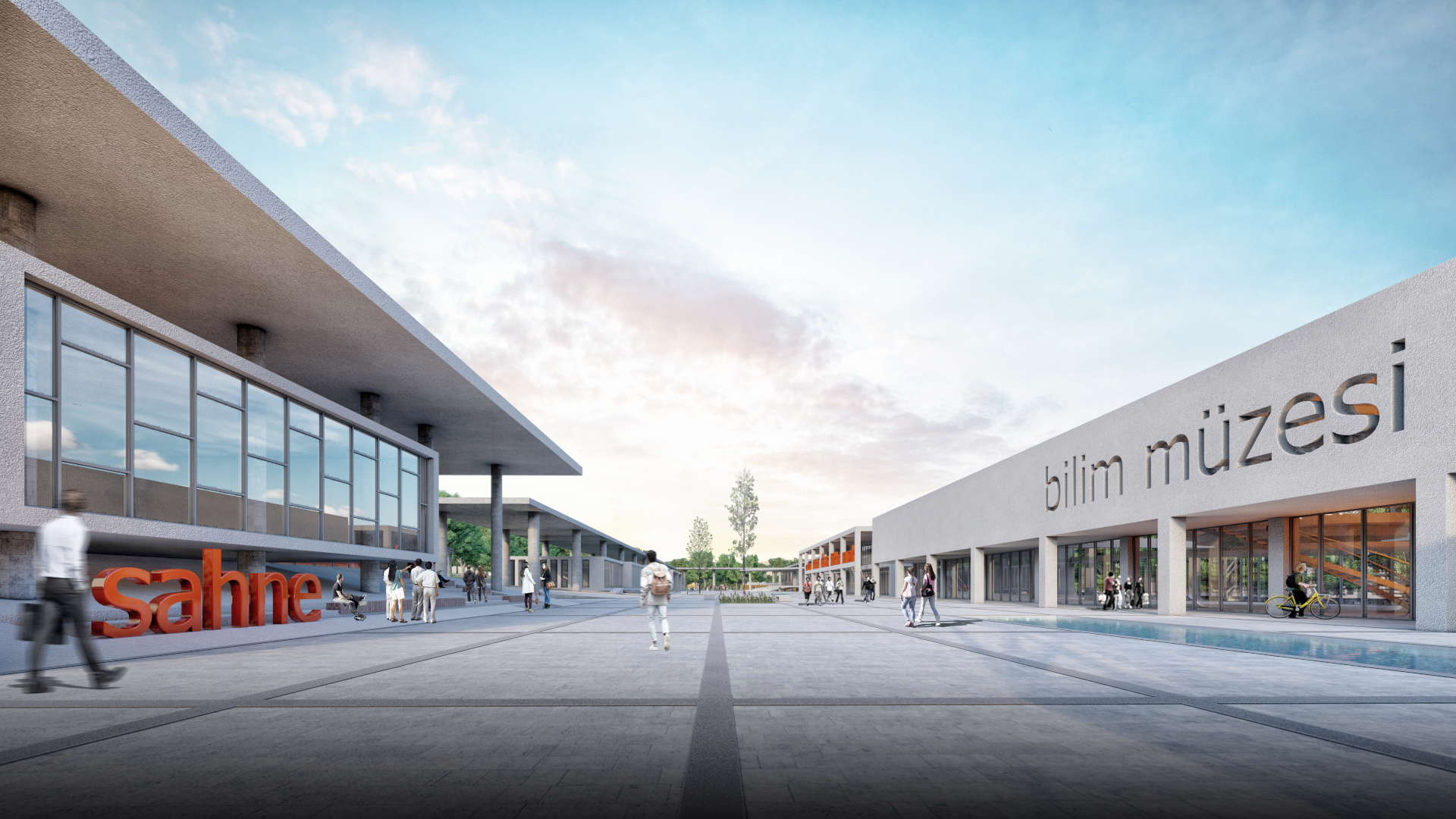 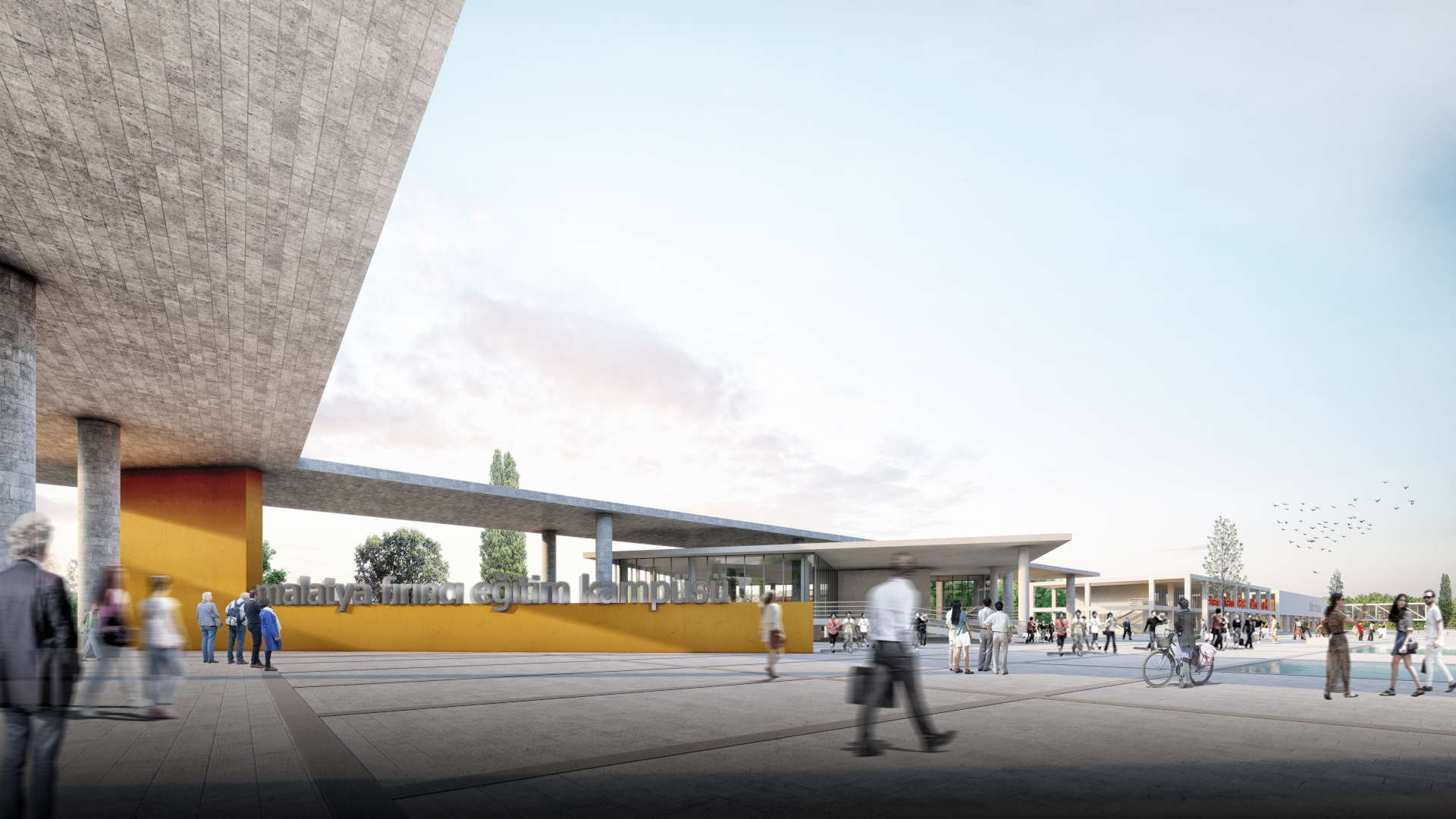 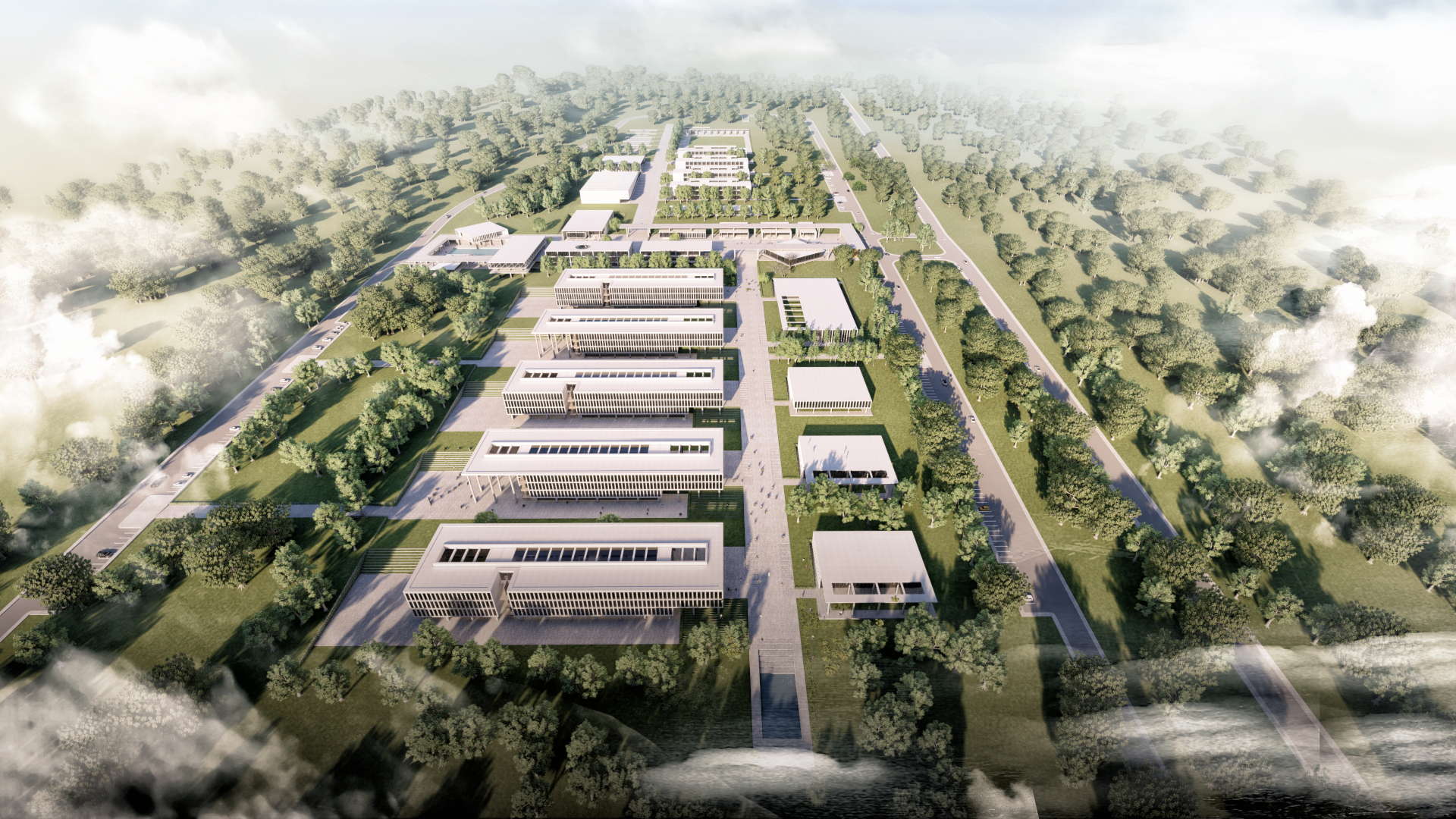